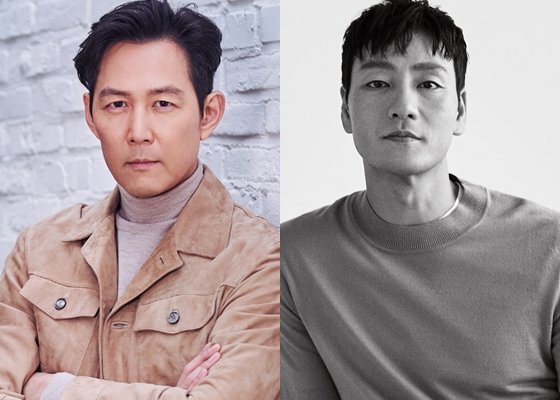 According to Netflix, "Round Six" is about people who've failed at life taking part in a mysterious survival game for the reward of 45.6 billion won.

Lee Jung-jae takes on his first Netflix original with "Round Six". Being one of the most representative actors in Korea, Lee Jung-jae's next choice of work draws anticipation. He stars as Ki-hoon. After going through a 'structure adjustment' at work and his life goes down the drain, he hears of a chance to win 45.6 billion won and joins a secret survival game.

Park Hae-soo joins the cast too. He plays Sang-woo, Ki-hoon's childhood friend. Sang-woo is born into poverty, and works hard to get himself through Seoul National University, but puts himself at risk by misusing company funds and joins the survival game.

"Round Six" is directed by Hwang Dong-hyuk, an acknowledged movie maker for his success in "The Fortress", "Miss Granny" and "Silenced", in which he deals with various stories and themes regardless of genre. Hwang Dong-hyuk helms the direction and scenario of this drama. Titled 'Ojingeo Game', it is an alley game of the same name for children in which attackers and defenders confront each other on a circle, triangle and square figure drawing shaped like a squid.

Meanwhile, "Round Six" will be released on Netflix later on.

"Netflix's "Round Six" Confirms Lee Jung-jae and Park Hae-soo"
by HanCinema is licensed under a Creative Commons Attribution-Share Alike 3.0 Unported License.
Based on a work from this source