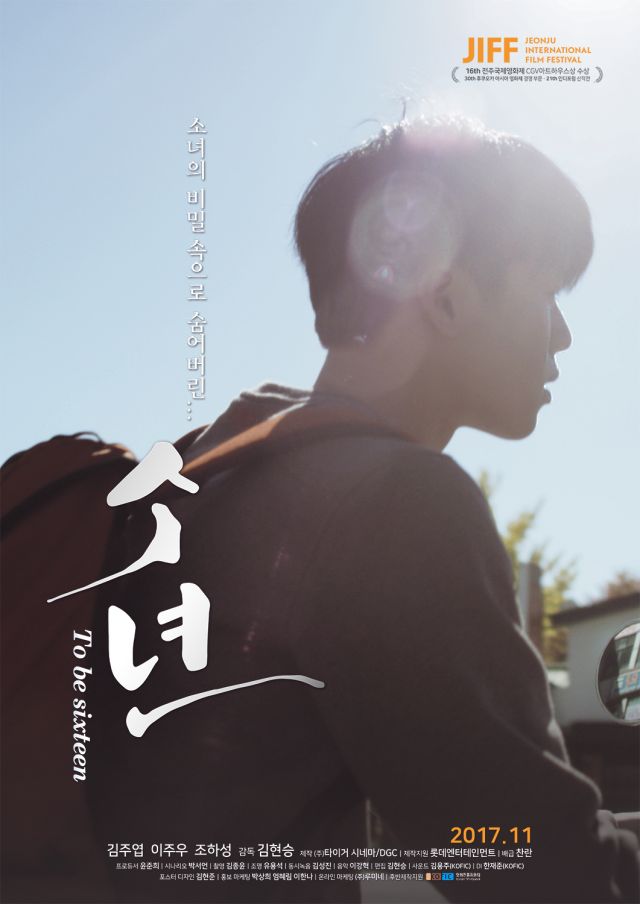 Pain is a funny thing. When it's our own, it's almost unbearable. When it belongs to others, it can be equally painful, but easier to confront. That seems to be the case in this Jeonju International Film Festival entrant, "To Be Sixteen".

Sejun lives in a small suburban city with his sickly mother, incompetent father, and an elder brother. Sejun has a crush on Sukyung and one day, he finds out that Sukyung is pregnant by his best friend, Jinyoung. Sejun shares this secret with Sukyung and feels he has to protect her. This is the story of a 16-year-old boy who takes shelter from his own family troubles by becoming involved with a girl's secret.