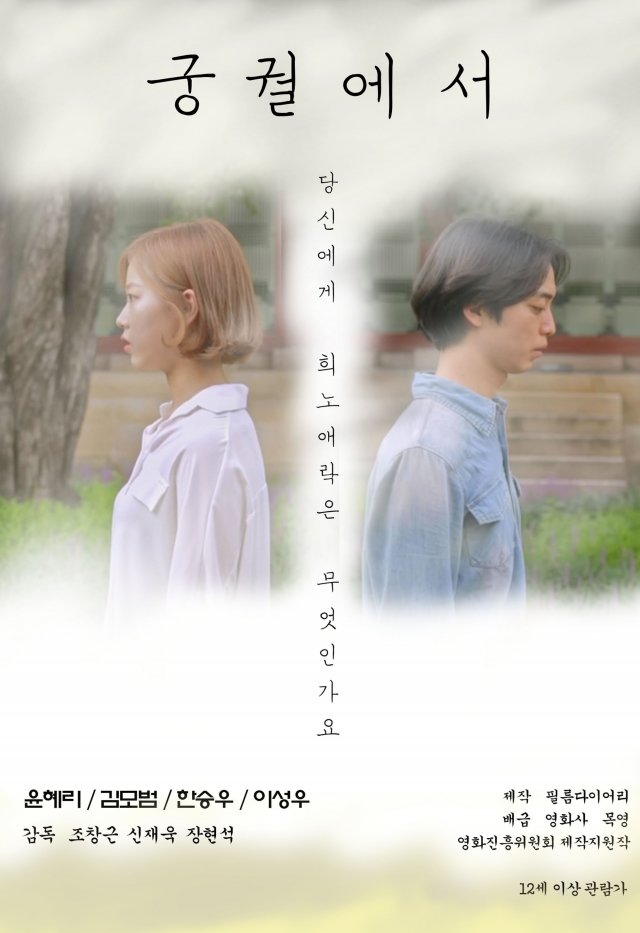 Synopsis
Deoksugung, Meeting Memories
Unknown actor Mo-beom gets a sudden break-up notice from his girlfriend, Seul-bi, and drinks back to the point of losing his memory. And then he somehow wakes up at Deoksugung Palace the next day. As Mo-beom wanders around Deoksugung, he meets Hee-jeong, her ex-girlfriend.

Gyeongbokgung, Her Film Camera
Chloe, a Korean-French woman, made her first trip to Korea. She stays at an Airbnb accommodation run by Hee-jeong and Jeong-nam, where she meets a man named Seok-hyeon. Chloe, whose hobby is taking pictures with a film camera, goes to Gyeongbokgung with Seok-hyeon.

Changdeokgung, Last Movie
Seong-joon, who earned his bachelor's degree in filmmaking in New York, will return home after studying abroad due to his family's economic circumstances. Feeling frustrated, he visits Changdeokgung Palace alone and decides to shoot a movie there that may be his last movie in his life.