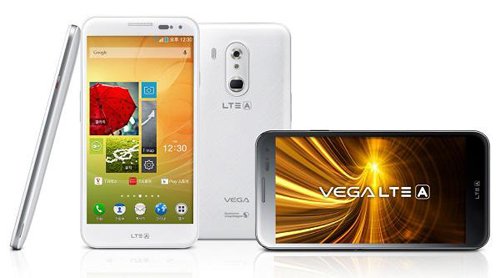 Pantech on Tuesday unveiled the world's first fingerprint-recognition smartphone. Called the Vega LTE-A -- the A stands for "advanced" -- the new smartphone has a secret key at the back that can recognize the owner's fingerprints, so it can be locked or unlocked simply by touch.

If the user's fingerprint does not match the owner's print, a secret mode is activated that hides certain apps from the main screen.

The phone features a 5.6-inch screen, which is bigger than the Galaxy S4 LTE-A's 4.99 inches. Pantech claims it also has the biggest battery capacity among LTE-A smartphones, offering longer usage time and rapid recharges.

The price tag has yet to be set.