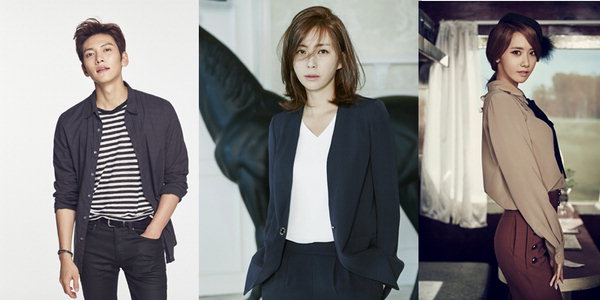 tvN is coming out with a bodyguard action movie.

"The K2" is an action drama about a former mercenary bodyguard named K2, the wife of a presidential candidate who hired him and a girl who lives apart from this world. The drama is directed by Kwak Jeong-hwan and written by Jang Hyeok-rin.

In the role of Kim Je-ha, a former mercenary and JSS special agent is played by Ji Chang-wook. This man has a secret and is one day chosen by Choi Yoo-jin (Song Yoon-ah) to be her husband's bodyguard. He performs a lot of action scenes and even falls in love with Ko Anna, an outcast with a panic disorder.

Song Yoon-ah plays Choi Yoo-jin, the wife of a likely presidential candidate and the eldest of the JB Group family. She's friendly with the ordinary people, she is elegant and wise on the outside, but she's a cruel character who will do anything to get what she wants. Song Yoon-ah undergoes a transformation as a charismatic, elegant lady.

Yoona takes on the role of presidential candidate Jang Se-joon's (Jo Sung-ha) hidden daughter Ko Anna. She lives as an outcast as she blames herself for her mother's death and one day comes back out into the world but Choi Yoo-jin suppresses her. She opens up to Kim Je-ha and overcomes her childhood agony.

Meanwhile, "The K2" will be released on the 23rd of September.