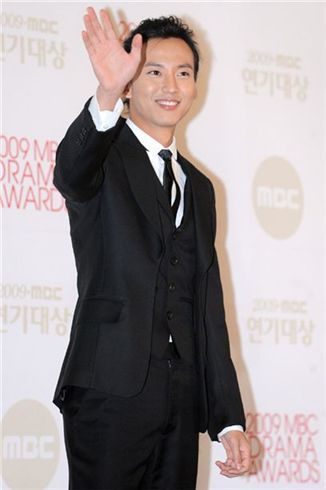 Major Japanese broadcaster NHK has decided to co-produce and air SBS drama "Bad Man" even ahead of its run in Korea.

According to Good Story on Wednesday, NHK has agreed to jointly produce the drama set to air in May in Korea and also broadcast the series on Japanese public TV in 2011.

"The audience trusts in director Lee Hyeong-min, director of other hits such as 'Sorry, I Love You' and 'The Snow Queen', to produce the next 'Hallyu drama', Good Story said of the reason NHK chose to produce and air the show.

"Bad Man" will star Korean actor Kim Nam-gil who has a never-fulfilled ambition for life and love and Han Ga-in, who will fill the role of the tough yet realistic female who uses her charms to climb the social ladder.

Production for the drama has been ongoing since last Friday in Nagoya, Japan.

"NHK to co-produce and air Korean drama "Bad Man""
by HanCinema is licensed under a Creative Commons Attribution-Share Alike 3.0 Unported License.
Based on a work from this source