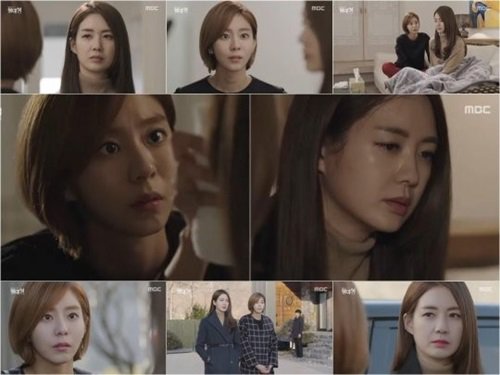 MBC drama "Night Light" came to an end. This drama based on passion and greed for power ended with nothing but a 'girl crush' image for UEE and Lee Yo-won.

"Night Light" was not a romantic drama but a drama about the chemistry between two women. Lee Yo-won played Lee Kyeong, a CEO and UEE played Se-jin who falls in conflict with Lee Kyeong.

Lee Yo-won did it again. She played a woman who avenged her father and accomplished her desires.

UEE wasn't bad either as Se-jin was bold and loyal. Gun-woo (Jin Goo) increased the tension by going back and forth Lee Kyeong and Se-jin but he also created some funny scenes with Jeong Hae-in ("Tak").

However, the chemistry between Lee Yo-won and UEE wasn't enough to increase the percentage. There was word that Jin Goo's character was relatively weak too but this drama wasn't based on bromance but 'womance'.

Meanwhile, "Rebel: Thief Who Stole the People" is coming up next.

""Night Light" Lee Yo-won and UEE, girl crush "
by HanCinema is licensed under a Creative Commons Attribution-Share Alike 3.0 Unported License.
Based on a work from this source