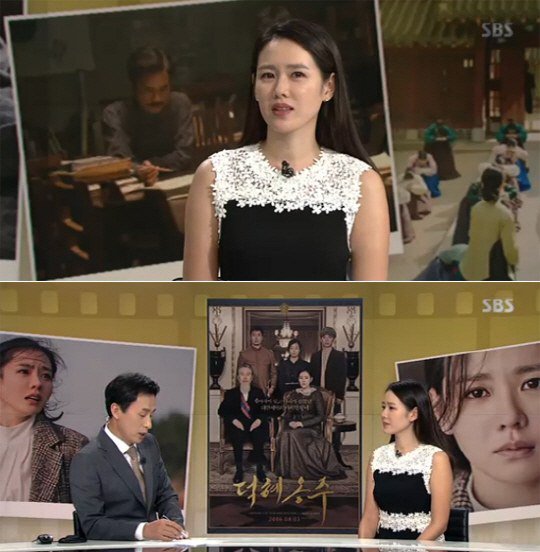 Actress Son Ye-jin appeared on SBS "Nightline" and talked about having been Princess Deok-hye, the back story of the movie and what it's like to be an actress of 17 years.

She said, "Princess Deok-hye was my destiny and I think she'll play a big part in my life later on when I look back on it".

With respect to director Heo Jin-ho, she said, "It's thanks to him that I was able to make it through the movie. I started this movie thinking what it would have been like if Princess Deok-hye was there during the exile of the royal family".

Regarding the genres of movies that she likes, she said she liked everything except horror.

In regards to a memorable episode, she said, "We were filming in Japan for 3 weeks for the movie. The entire team are big eaters, but in Japan the food wasn't enough for us".

"As this is my 16th year of acting, I hope I can become an actress who inspires people".

""Nightline" Son Ye-jin, "This is my 16th year acting""
by HanCinema is licensed under a Creative Commons Attribution-Share Alike 3.0 Unported License.
Based on a work from this source