Nominees For The 2011 Seoul Drama Awards 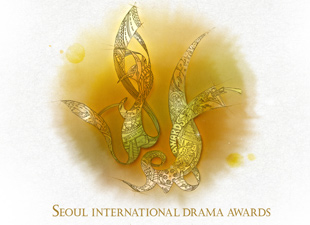 The preliminaries for the 2011 Seoul Drama Awards (SDA)have been conducted and the results are out!

The organizing committee for the SDAs announced on July 20th at 11 AM, the results of the preliminaries through a press conference. Under the theme of "Drama Road", this year's SDA ceremony has been confirmed to cover 204 works from 37 different countries.

Non-Korean dramas up for awards include the US mini-series "The Walking Dead", British mini-series "Less Than Evil", Chinese full-length piece "Three Kingdoms", and German short film "Shades of Happiness".

From the domestic works side, there are the mini-series "Dream High" and "My Girlfriend is a Gumiho" and the full length projects "Twinkle Twinkle".

In the Male Actors category, the nominees include Iris Elba from "Less Than Evil" and Chun Jenbin from "Three Kingdoms". In the Female Actress category, Maria Furtwängler from "Shades Of Happiness", Laura Linney from "The Big C", and Na Moon-hee from the one-act play "Grandma, it's Me".

In the Hallyu Drama section, there will be seven awards given out. Nominated projects must have been aired from April 1st of 2010 to April 30th of 2011, with exports of $3 million or more. The contenders are "Sungkyunkwan Scandal", "Bread, Love and Dreams", "Marry Me, Mary!", "Dream High", "Dong Yi", "Queen of Reversals", "My Princess", "Kim Soo Ro", "Giant", "ATHENA", "Secret Garden", "My Girlfriend is a Gumiho", and "Bad Man".

Of course the category that always attracts special interest is the Grand Award for best actor and best actress.

The male nominees are Jang Keun-suk for "Marry Me, Mary!", Park Yoo-chun for "Sungkyunkwan Scandal", Song Seung-heon for "My Princess", Hyun Bin for "Secret Garden", and Kang Ji-hwan for "Coffee House".

The female nominees are Park Min-young for "Sungkyunkwan Scandal", "Moon Geun-young for "Marry Me, Mary!", Kim Tae-hee for "My Princess", Lee Yo-won for "49 Days", and Ha Ji-won for "Secret Garden".

The soundtrack songs up for recognition are "Found It" by JYJ from "Sungkyunkwan Scandal", "Please My Bus" by Jang Keun-suk from "Marry Me, Mary!", Jungyup's "Nothing Happened" from "49 Days", Baek Ji-young's "That Woman" from "Secret Garden", and "The One" by Lee Seung-chul for "Bread, Love and Dreams".

The final results will depend 70% on the votes of the 1 million international Hallyu fans signed up for en.korea.com and 30% on the international broadcasting contents buyers' votes.

This is with the exception of the Hallyu Drama category's Director Award and Writer Award, which will be determined by the votes of domestic reporters.

"Nominees For The 2011 Seoul Drama Awards"
by HanCinema is licensed under a Creative Commons Attribution-Share Alike 3.0 Unported License.
Based on a work from this source