November Strong Month at Box Office Thanks to 2 Hit Films 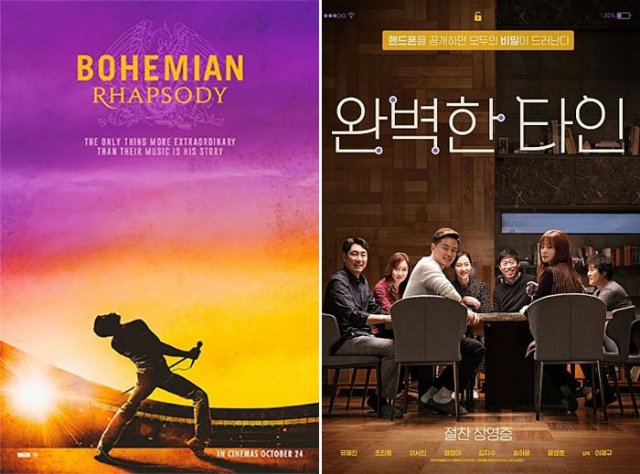 A Korean comedy and a Queen bio-pic have made November a strong month at the box office here by drawing more than 5 million viewers over about a month after their release on the same day.

As of Wednesday, some 5.12 million people watched "Bohemian Rhapsody", which opened on Oct. 31, according to the Korean Film Council.

The film is on track to beat "Les Misérables" (5.92 million) to become the most successful music film ever released in Korea.

"Intimate Strangers" also reached the 5-million milestone in a month since its release.

The comedy revolves around a group of close friends who gather for a housewarming dinner and play a game in which they must share all their incoming messages and calls.

"November Strong Month at Box Office Thanks to 2 Hit Films"
by HanCinema is licensed under a Creative Commons Attribution-Share Alike 3.0 Unported License.
Based on a work from this source