OCN Drama "Tell Me What You Saw", 8 Staff Hurt in Car Accident 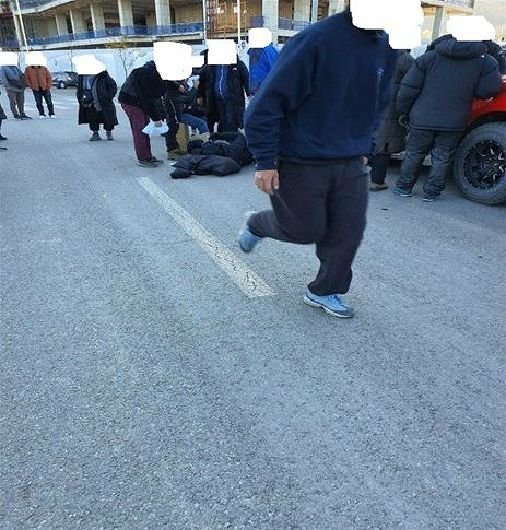 Labor Union: "The production is responsible for this accident"

Studio Dragon: "Deep awareness of the gravity of safety accidents... Follow-up with the best of efforts"

An accident occurred on the set of the OCN drama "Tell Me What You Saw" and 8 staff members have been injured.

The labor union announced on the 12th that a car accident happened on the site of the OCN drama "Tell Me What You Saw".

According to the union, while filming a scene where a police car races after a criminal car in a shooting car (specifically made for filming) in Incheon on the 29th last month, the shooting car crashed into the other car and the staff on board were thrown off the vehicle.

A total of 8 staff members were injured in this accident. One with a serious injury was taken away in an ambulance, but was placed on the waiting list for emergency surgery, which was 2 hours backed up, and was taken to another hospital for a 7 hour surgery.

This person has a spine fracture and was told they need a year and a half to recover.

The union announced that this accident is the responsibility of CJ ENM, Studio Dragon and H-House.

"The production carried out impractical filming without the permission of the District Office and did the same in the same spot in early December, after the accident happened".

"CJ ENM rejects the joint consultative body's request to participate and forces the staff to sign a service contract. The seriously injured staff had this accident while working on a contract for the service according to the manufacturer's request, making the handling of the situation as an industrial accident more complicated".

The union said it will hold a countermeasure press conference at the Korea Press Center at 2PM on August 23rd with the Korean Press Workers' Union and the Hanbit Media Labor and Human Rights Center.

In response, Studio Dragon apologized saying, "We are sorry to all the people who have been troubled by an accident at the filming site".

"The production team is deeply aware of the importance of the safety accident", it added. "We put priority on the stability and recovery of the victims and their families who are suffering more than anything, and we have been discussing the progress of treatment and rehabilitation measures since the accident".

"Since the accident, the production team has been following up with the emergency status, early treatment, and surgery for the staff. We have been in constant contact with each other going in and out of the hospital until now", it said. "We have clearly conveyed our commitment to compensation through visits by the production company's directors on the 5th".

It added that the production team is carefully watching the progress with the eager hope of the staff regaining their health as soon as possible, and will make the best efforts to follow up on the accident, including rehabilitation.

After the accident, the filming was stopped until December 1st and the filming environment and staff were reviewed thoroughly, working conditions and production schedules have been rearranged, the explosions of vehicles and risk factors have been minimized by replacing them with CGI, safety inspections are being held on day of shooting, and a safety line for the entire production site has been established.

"OCN Drama "Tell Me What You Saw", 8 Staff Hurt in Car Accident"
by HanCinema is licensed under a Creative Commons Attribution-Share Alike 3.0 Unported License.
Based on a work from this source