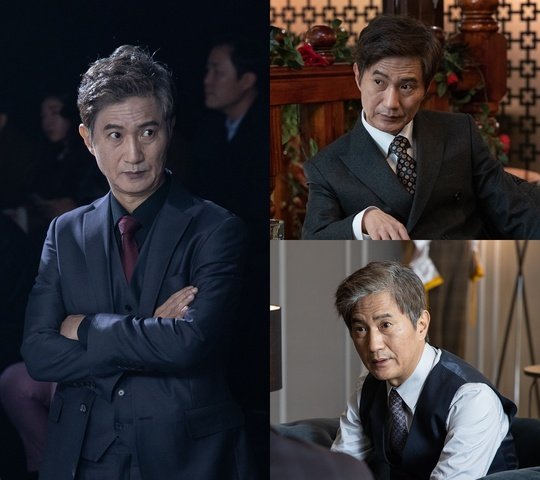 Actor Ahn Nae-sang is coming back as Im Cheol-yong, the incarnation of a desire for power in the new Channel A drama "Oddball! Chef Moon".

"Oddball! Chef Moon" is a healing romantic comedy about Yoo Bella, a worldwide famous fashion designer who loses her memory and degrades into a troublemaker, meeting star chef Moon Seung-mo.

Ahn Nae-sang is Im Cheol-yong, the CEO of Donghan International and a cold-blooded human being who would abandon his own family for his success. He gets involved with Moon Seung-mo (Eric Mun) and Yoo Bella (Go Won-hee) after he remarries Han Mi-yeong (Lee Seung-yeon-I), the only daughter of Donghan Group.

The pictures of Ahn Nae-sang show him portraying his character with sharp, piercing eyes. His expression and body language give the impression that he's already engrossed in his character, increasing anticipation.

""Oddball! Chef Moon" Ahn Nae-sang Shows a Powerful Gaze"
by HanCinema is licensed under a Creative Commons Attribution-Share Alike 3.0 Unported License.
Based on a work from this source