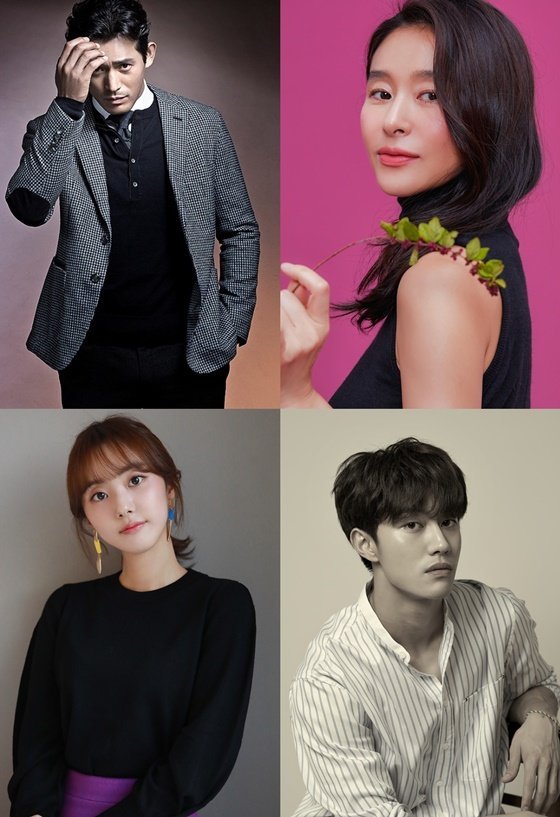 The new MBC weekend drama "Never Twice" is a refreshing and satisfying drama about all the guests in Nakwon Inn yelling 'there are no second chances in life' and getting back on their feet.

Oh Ji-ho plays Gam Poong-gi, the man from room No.5 who is a lady-killer due to his good looks. Unlike his perfect looks and voice, he has an unexpected flaw.

Ye Ji-won plays Bang Eun-ji, the woman from room No. 7. Despite her age, she's as beautiful as Miss Korea, but she's never been with a decent man just yet due to her own flaw.

Park Se-wan plays Geum-Park Ha from room No. 4. She's a pure young woman from the seasside moving firmly and bravely out into the world along with the other guests of Nakwon Inn.

Finally, Kwak Dong-yeon tackles the role of Na Hae-joon, the grandson to the chairman of the 5-star Guseong Hotel, which is located right across from Nakwon Inn. Na Hae-joon is a very vain character.

"Oh Ji-ho, Ye Ji-won, Park Se-wan and Kwak Dong-yeon Join Drama "Never Twice""
by HanCinema is licensed under a Creative Commons Attribution-Share Alike 3.0 Unported License.
Based on a work from this source