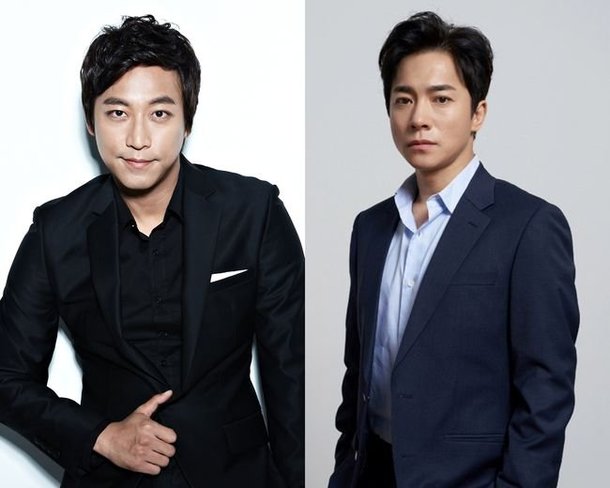 Actors Oh Man-seok and Kim Young-min are starring in the new tvN drama "Crash Landing on You".

TvN drama "Crash Landing on You" is a top secret love story about a commission officer named Ri Jeong-hyeok (Hyun Bin) who hides and protects a chaebol heiress named Yoon Se-ri (Son Ye-jin) after she lands in North Korea in a paragliding accident, but eventually ends up falling in love with her.

Oh Man-seok takes on the role of Jo Cheol-kang, a member of the Ministry of the People's Armed Forces' Security Bureau. His performance in the drama is greatly looked forward to thanks to his previous performances.

Kim Young-min plays Jeong Man-bok, a loyal and faithful person. He was a mad priest in his previous drama, but he's undergoing a massive transformation in "Crash Landing on You".

Meanwhile, "Crash Landing on You" is written by Park Ji-eun and helmed by PD Lee Jeong-hyo.

"Oh Man-seok and Kim Young-min Join "Crash Landing on You" "
by HanCinema is licensed under a Creative Commons Attribution-Share Alike 3.0 Unported License.
Based on a work from this source