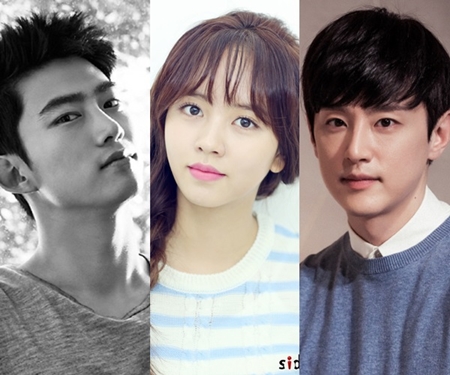 tvN has announced on May 4th that Ok Taecyeon, Kim So-hyun and Kwon Yool have been confirmed for their new Monday & Tuesday drama 'Bring It On, Ghost', which is slated for July this year.

'Bring It On, Ghost' is a horror comedy drama based on the web-toon of the same title. The story is about Park Bong-pal, an exorcist, who makes money by casting out ghosts for other people so that he can save money to cure his possessed eyes seeing ghosts, and Kim Hyeon-ji, a high school girl student who also works with him to cast out ghosts.

Ok Taecyeon will play the cute exorcist Park Bong-pal and Kim So-hyun will play the high school girl student Kim Hyeon-ji. Kwon Yool will play Joo Hye-seong, a veterinarian with mysterious secrets who works as a professor of veterinary medicine and owns his own veterinarian hospital.

'Bring It On, Ghost' will premiere after "Oh Hae-Young Again" has finished.

"Ok Taecyeon, Kim So-hyun and Kwon Yool confirmed for tvN's 'Bring It On, Ghost'"
by HanCinema is licensed under a Creative Commons Attribution-Share Alike 3.0 Unported License.
Based on a work from this source