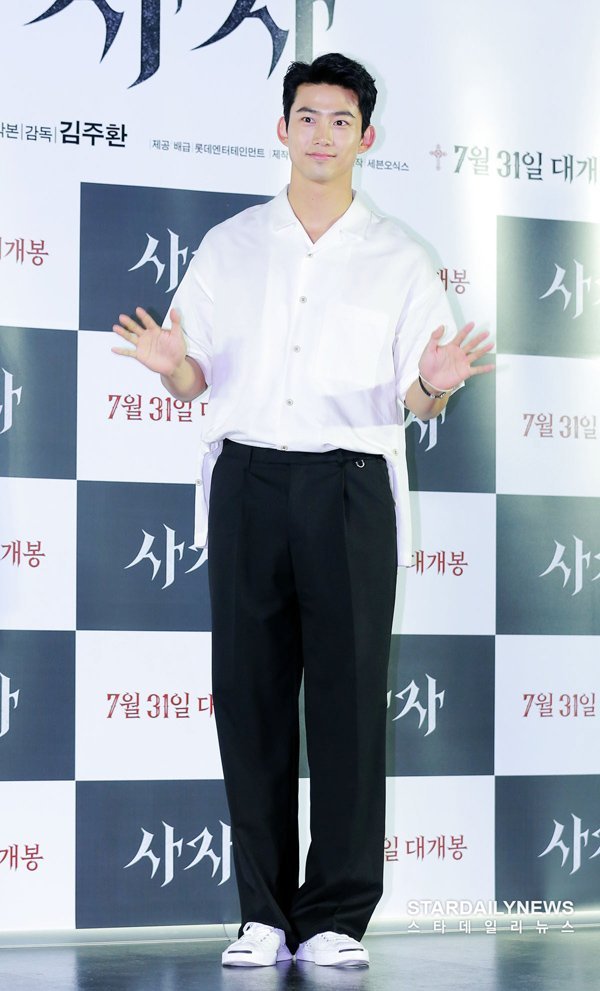 Man of men Ok Taecyeon who is sometimes mischievous and sometimes manly as can be, is coming back with a drama.

His last appeared in "Save Me" before his national duty summoned him in 2017. This year, he comes back with the MBC drama "The Game: Towards Zero".

The singer and actor was discharged from duty in May last year and now that he's recharged and refreshed, he will be back as a mature actor.

MBC drama "The Game: Towards Zero" is the story of a prophet named Tae-pyeong, who sees the moment right before death, and a homicide detective named Joon-yeong finding the truth behind a series of murders. Ok Taecyeon tackles the role of Kim Tae-pyeong, the prophet.

Throughout the making of the drama, Ok Taecyeon was serious and hardworking, whilst he gave off good vibes the whole time.

His co-star, Lee Yeon-hee, plays Seo Joon-yeong, a homicide detective who has a sad story about her father's death. Lee Yeon-hee and Ok Taecyeon participated in the 2019 MBC Drama Awards as presenters, appearing on stage arm in arm.

Ok Taecyeon and Lee Yeon-hee co-star once again since the film "Marriage Blues" 6 years ago.

"Ok Taecyeon's Acting Transformation and Chemistry With Lee Yeon-hee Highly Anticipated"
by HanCinema is licensed under a Creative Commons Attribution-Share Alike 3.0 Unported License.
Based on a work from this source