Ok Taecyeon wishes Kim So-hyun happy birthday on the set of 'Bring It On, Ghost' 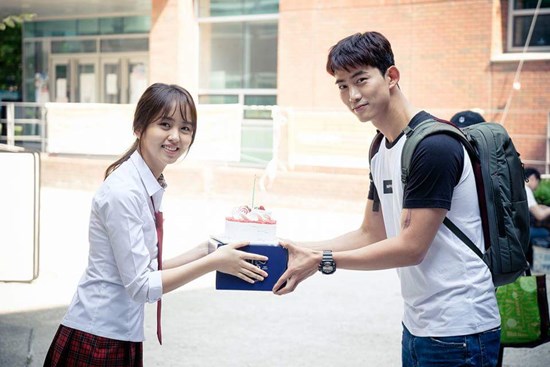 In the revealed photo, Ok Taecyeon is giving Kim So-hyun her birthday cake. Kim So-hyun is responding to the surprise with her bright smile. In the upcoming drama, 'Bring It On, Ghost', the pair play the nineteen year old high school student, Hyun-ji, who is a ghost, and a college student Bong-pal, who can see a ghost.

"Ok Taecyeon wishes Kim So-hyun happy birthday on the set of 'Bring It On, Ghost' "
by HanCinema is licensed under a Creative Commons Attribution-Share Alike 3.0 Unported License.
Based on a work from this source