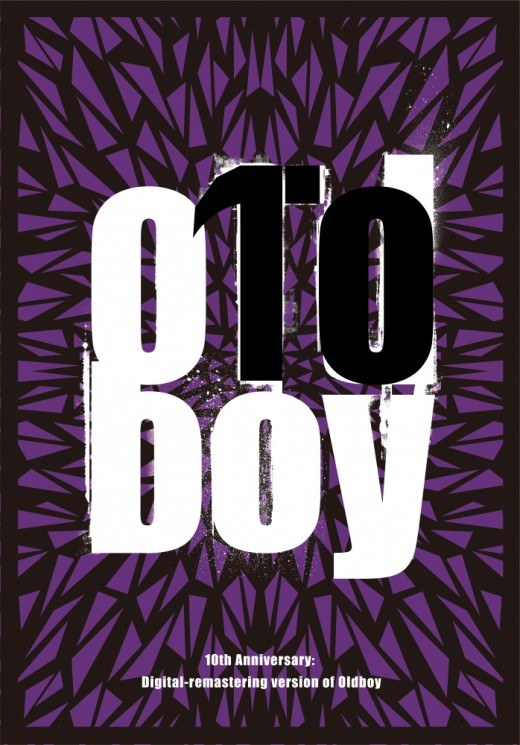 The movie "Old Boy" which was released on November 21st just 10 years before today, is being re-released as a re-mastered version.

Being released on the same date it did 10 years ago, "Old Boy" came out with a new poster. The two men's act of revenge on the 10 year-old poster is nowhere to be seen and the Kim Myung-soo in 'old' is replaced with a hammer that is to be remembered from the movie. The font for 'old' has also been encrypted with '10' instead.

The purple background brings up the memories of Oh Dae-soo (Choi Min-sik) receiving a purple gift box from Lee Woo-jin (Yoo Ji-tae) and his handkerchief, as well as the patterns from the walls of the cell.

"Old Boy" spread the energy of Korean movies and is now being re-mastered to be more detailed and clearer for the audience.

""Old Boy" 10th anniversary poster"
by HanCinema is licensed under a Creative Commons Attribution-Share Alike 3.0 Unported License.
Based on a work from this source