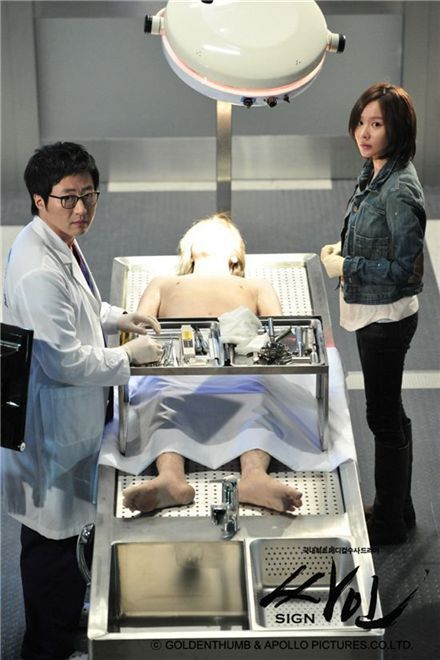 "I was thinking how it was important not to lose focus and stray away from the tension as well as the character for the scene", Park was quoted as saying, adding that experts have helped him in order to make the scenes seem real as possible.

"Sign", helmed by famed producer Jang Hang-jun from movies "Break Out" and "Attack the Gas Station 2", is Korea's first medical drama on forensic scientists at a national institute for scientific institution.

Yoon and Go try to figure out who the killer is to crimes through hidden signs that are revealed with the autopsies. 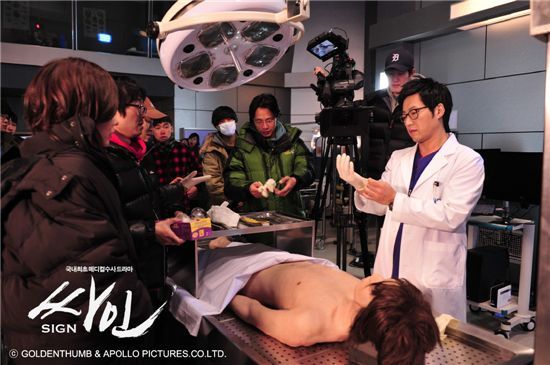 "On-set photos revealed from upcoming medical drama "Sign" "
by HanCinema is licensed under a Creative Commons Attribution-Share Alike 3.0 Unported License.
Based on a work from this source