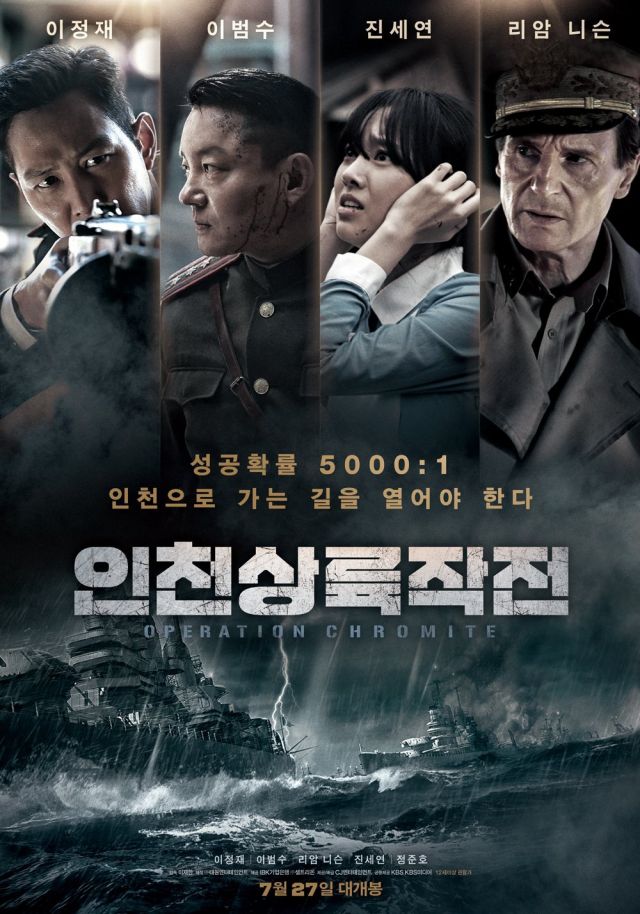 Synopsis: South Korean Navy Captain Jang Hak-soo and his 7 members disguise themselves as a North Korean inspection unit. Their mission directives from Gen. MacArthur are to infiltrate the North Korean army command center in Incheon and secure the mine chart; to kidnap Ryu Jang-choon, the second highest ranking North Korean officer; and on D-Day to light the Palmido light house as a signal to the main UN forces. Despite growing suspicion from the clever tactician Commander Lim Kye-jin of North Korea's Army, Jang and his team successfully carry out their mission with the help of an underground information network. Then one day, their true identity is revealed.