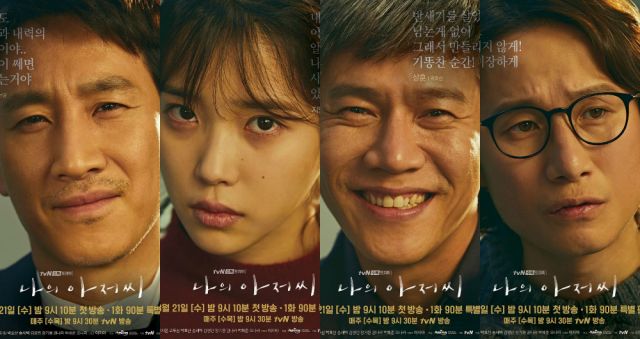 Nobody is having it easy in "My Mister", a drama about three middle aged brothers with problems, and one woman who carries the weight of the world on her shoulders. The melancholic, emotive posters carry a quote from each character that describes the core of their existence.

Lee Sun-kyun's middle brother, Park  Dong-hoon is an "ajeossi" (marriage age man) in his 40s trying to keep up with the forces of a difficult reality. Going by the promotional videos, it looks like work and marriage are not doing too hot. His quote reads just that, as the man says "Life is a struggle between external and internal forces. If you're strong, you can make it". 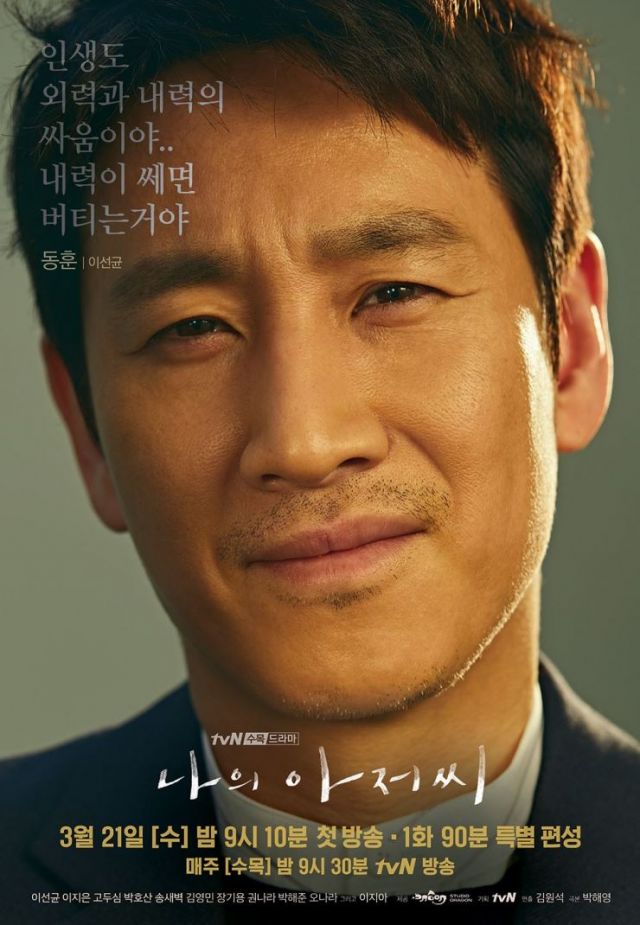 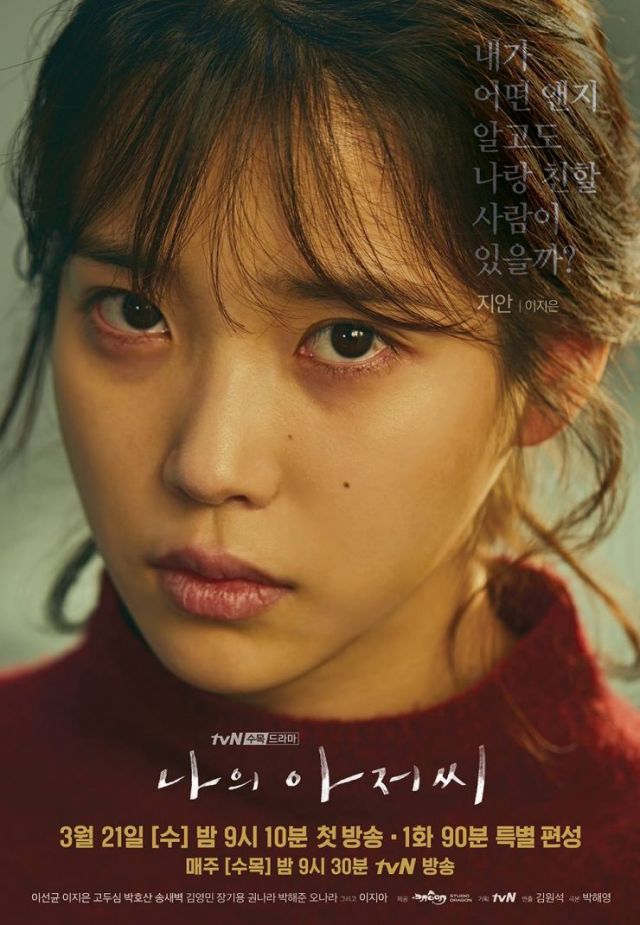 His co-star, IU, plays Lee Ji-an. Ji-an is a tough, cold woman who keeps her pain inside. Her words reveal a person who is living a hard life by themselves. "Is there anyone who would be close to me even after finding out what kind of a person I am?" Abusive partners and isolation tend to go hand in hand, so the young woman has probably not received kindness in a very long time.

The other two brothers face their own challenges in life. Eldest Park Sang-hoon (Park Ho-san) has a life that's spiraling downwards, but he keeps a positive attitude in his age. "I've lived half a century, but I have nothing left. So I'm going to make it, a brilliant moment!" I do have a feeling that not everything is peachy in his soul, however. 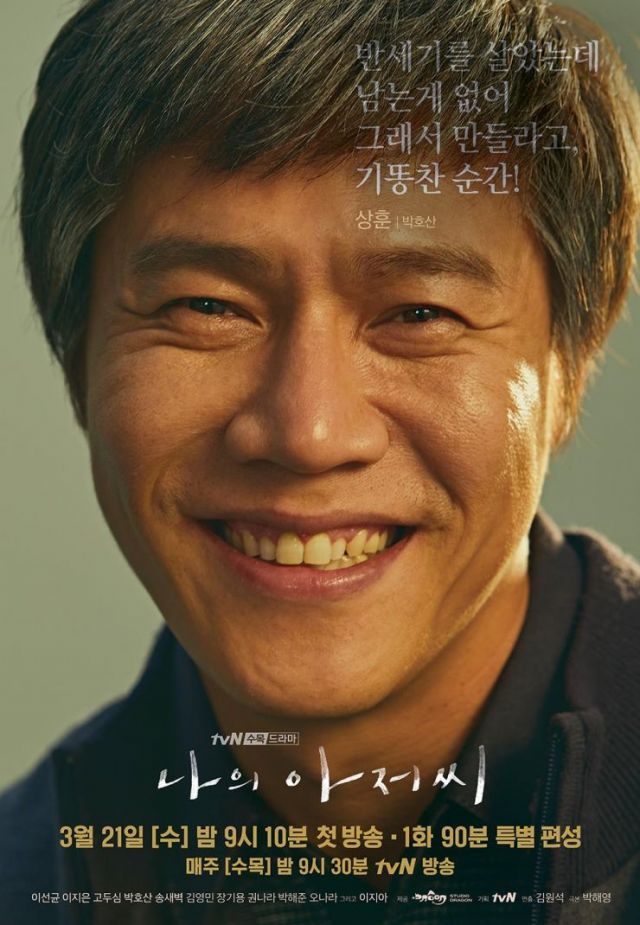 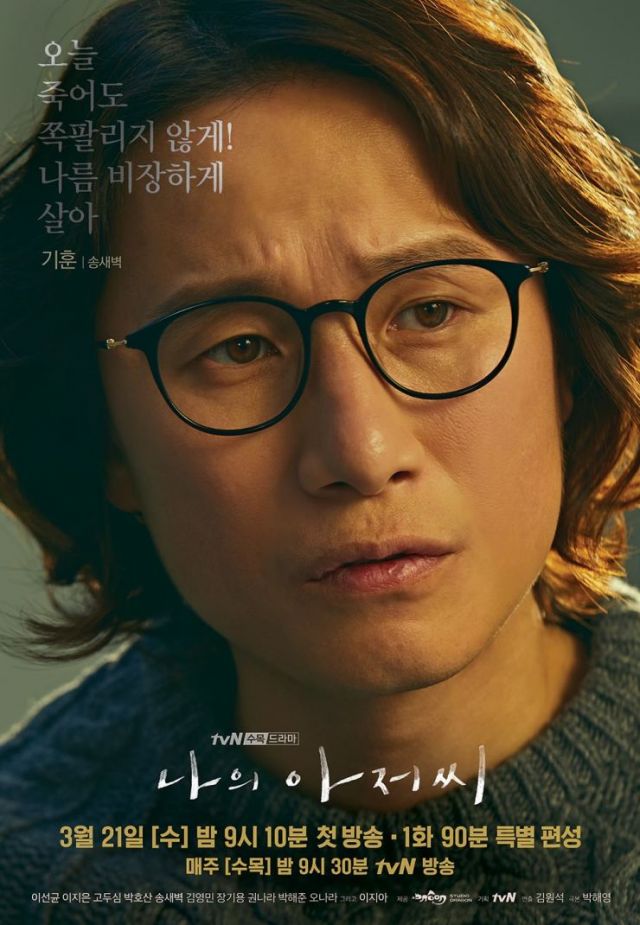 Youngest brother Park Gi-hoon (Song Sae-byeok) has slightly different issues he's trying to cope with. He has no money, but even his underwear is expensive, and he always looks dignified. His embarrassment may not show on his face, but he feels pain that can't be seen from the outside. His words read "Even if I die today, I won't be ashamed! I'm going to live life my way!"

Once more, I am pleasantly surprised by the understated approach of this series to its premise and characters. They don't have grand, outlandish problems, and they're not special. The image forming is that of people with unique fears, disappointments and complexes, so I hope we get to see those unfold and hopefully heal in solid detail. "My Mister" begins airing tomorrow, March 21st on tvN.