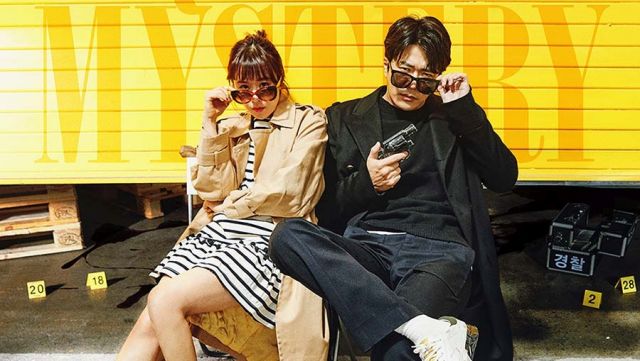 Oh "Queen of Mystery", you are so delightfully geeky. The drama's upcoming second season, "Queen of Mystery Season 2" has released its second main poster, only this time it's the equivalent of the first season's international one. Instead of trading city streets for icy lonesome roads, this one trades the desk for the field.

We know that Seol-ok (Choi Kang-hee) can probably be more involved this time around, and if she has permission to do so, Wan-seung (Kwon Sang-woo) will not have to keep avoiding her discovery either. The two can confidently do their job, which seems much flashier than it used to be. I wonder if the big case they cracked while undercover gave them a little boost. 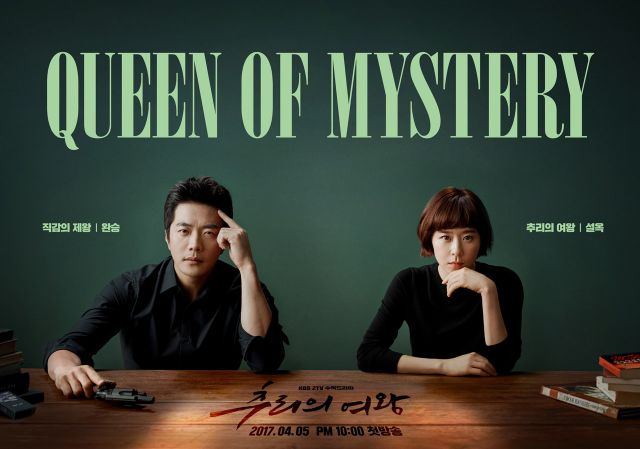 The poster itself continues on the comedic streak of this season. I love how the two sit like superstars on a filming set here, despite clearly being in front of a crime scene, complete with blood, police equipment and those sneaky little evidence markers spelling out the drama's release date. Now that's a touch I really appreciate, because it welcomes audiences to enjoy the entirety of the poster, and rewards them for it.

On a more character-related note, what really strikes me about the two posters for this season is how much more comfortable the two partners look with each other. In both scenarios, they are physically very close together, in contrast to the tag-along nature of Seol-ok's placement in the first season's posters. I look forward to seeing their friendship develop.

"Queen of Mystery Season 2" has also been releasing stills for other darling members of this squad, which I am gathering like my life depends on it. I plan on writing about them sometime this week. 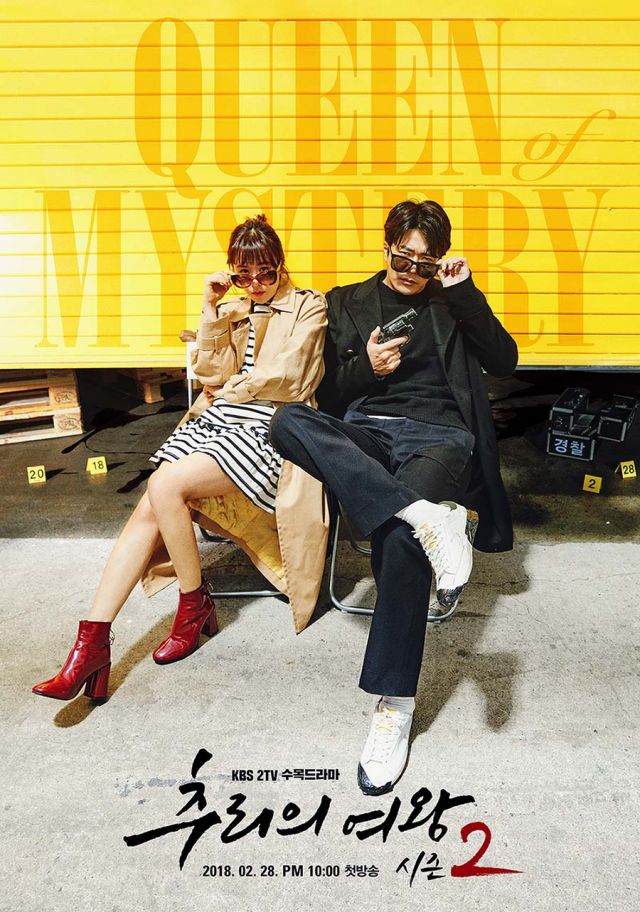