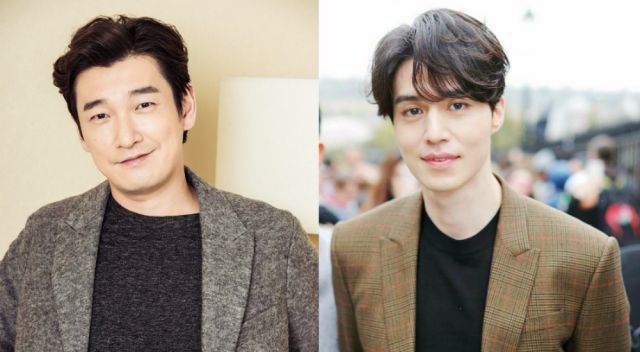 Well, this is certainly sudden and exciting news. Actors Cho Seung-woo and Lee Dong-wook have joined up the newly announced jTBC drama "Life", which is by the writer of "Secret Forest", Lee Soo-yeon-I. If that's not enough to get several groups of fans hyped beyond words, I don't know what would be.

Cho Seung-woo ("Secret Forest", "Inside Men") and Lee Dong-wook ("Goblin", "Bubble Gum") alone are a star combination with their own significant fan-bases, but "Secret Forest" has also been a very critically acclaimed drama, as well as a fan favorite for its genre. It's also a series I somehow missed through my schedule, so perhaps this is "Life" telling me that it's time to give it a go.

The writer's newest is a medical drama about the power struggles that go on at a hospital, which in Dramaland is about as descriptive as saying it's a romantic drama with an OTP focus. The Evil Rich Dude didn't go through such trouble taking over every plot for you to ignore his omnipresence, mortal!

Lee Dong-wook plays Ye Jin-woo, a specialist working at a university hospital. Cho Seung-woo is the man who runs said hospital, Goo Seung-hyo. I can already see the man-clashing flash before my eyes. I assume we'll know the story specifics soon enough, so let's enjoy the potential for now.