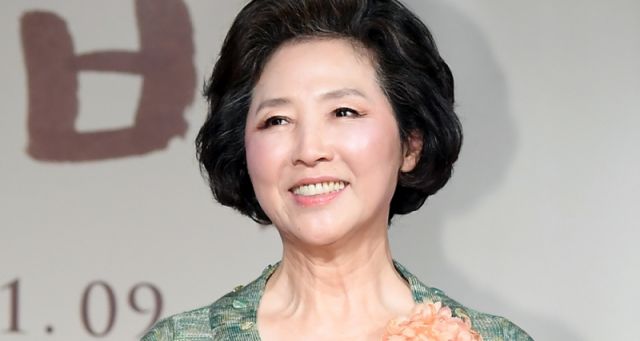 After the element of shapeshifting was teased during the drama's early casting stages, we didn't really read much about it, but "Mama Fairy and the Woodcutter" has now confirmed it by casting actress Go Doo-shim as an alternative form of its heroine.

Go Doo-shim joins Moon Chae-won in playing Seon Ok-nam, the titular fairy who lost her wings and is now working as a barista in the modern day while waiting for her husband to be reincarnated. Until this reincarnation happens, she can't go back to heaven, which makes that guy sound like the absolute worst deadbeat of a husband one could get.

Be that as it may, the romance is happening, and Ok-nam has a complicated life to tackle alongside it. Ok-nam's appearance depends on the relationships she has with people. Go Doo-shim plays the kind-looking grandmother, which is the form most humans can see.

In addition, Ok-nam's clashing with and adaptation to the modern world after ending her seclusion in the mountains will be presented in a comical manner, and is expected to bring refreshing energy to the drama. Good luck to her in this quest for finding love and going home.