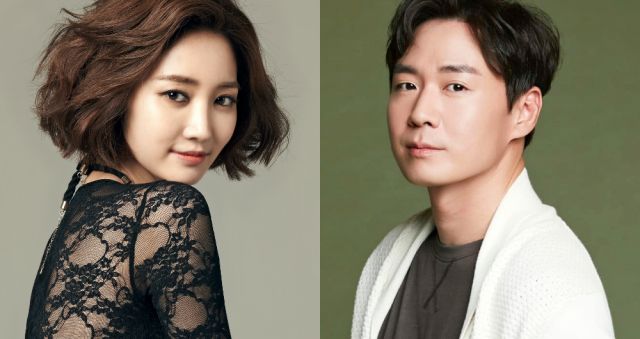 Are you sick of exorcisms yet? If yes, too bad, because OCN has more spirit shenanigans in store for us. If you're complete suckers for the supernatural like I am, welcome, although there might be a bit of a cringeworthy twist in this one. OCN's latest addition is drama "Possessed", which is currently wooing Go Joon-hee and Yeon Jung-hoon for main roles.

"Possessed" is about an absolute evil disturbing the natural order of things by summoning the soul of a serial killer executed 20 years ago, and about the summoning of the detective's soul who originally caught the serial killer, in order to put an end to this chronicle of evil. The drama will possibly air in January, but neither the cast or the details of the production have been decided yet.

If Go Joon-hee accepts, she will be playing Hong Seo-jeong, a woman who has spiritual abilities, but lives her life hiding them. She is a complex character who is perceived as mentally unstable by others, since she is seen talking to people who aren't there. When she discovers that an evil spirit is trying to affect the world, she begins a fight to stop it. Very "Black" of you, drama.

Yeon Jung-hoon is courted for Oh Soo-hyeok, the representative of TK Group, one of the country's top 10 corporations, who reached his position at a young age. He is someone held in high regard due to his charitable activities, such as donations and special projects in support of the underprivileged. Oh he sounds evil alright.

The piece which shares the details of his character also reports this as a story about the unbelievable connection between an ordinary detective with the unavoidable fate of hosting another soul in his body, and a woman who was born to be a psychic, but who struggles to live an ordinary life like everyone else. Again, I'm trying not to think "Black", but I do.

What really gets me is the next bit, which I take with a grain of salt. According to this piece, while the series is about fighting evil spirits, rather than being filled with horror and thrills, it's a warm, human love story. So are we to expect a warm fuzzy romance amidst demons taking over the world? Now you're scaring me, series.