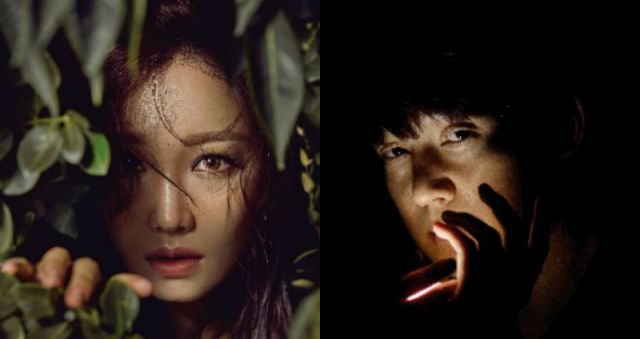 I rarely get captivated by posters, given the amount of repetition and often uninspired concepts that go around, but "Hide and Seek - Drama" is definitely wooing my aesthetic appreciation. The upcoming weekend drama is all about that dark fairy tale vibe, going from hide and seek themed posters to smacking us over the head with it in its first teaser.

The drama is not fantasy in genre, of course, but a story about two women whose lives were switched being surrounded by secrets is outlandish enough to make this symbolic fairy tale approach a rather fitting one. In the posters, Lee Yu-ri's Min Chae-rin can be seen looking for or hiding from someone, her forehead sweaty and appearance disheveled, indicating a chase. Song Chang-eui's Cha Eun-hyeok being menacingly illuminated in darkness is really pushing that horror fantasy feel.

The teaser is more direct with its fairy tale concept, showing us what is presumably the two young girls whose lives will be switched around, probably by means of some dramatic conspiracy, misunderstanding or coincidence. The tea party is clearly held for the richer-looking girl, while the other can only peek at the former's blissful sleep. Our adult heroine walks in, but is either being watched through or locked behind a door.

The symbolism is definitely not on the subtle side, and I do like the posters more than the overeager teaser, but they're both a nice introduction to the drama. I still don't think it's a story I would like, but it definitely has my attention. "Hide and Seek - Drama" will be premiering on MBC on August 25th. 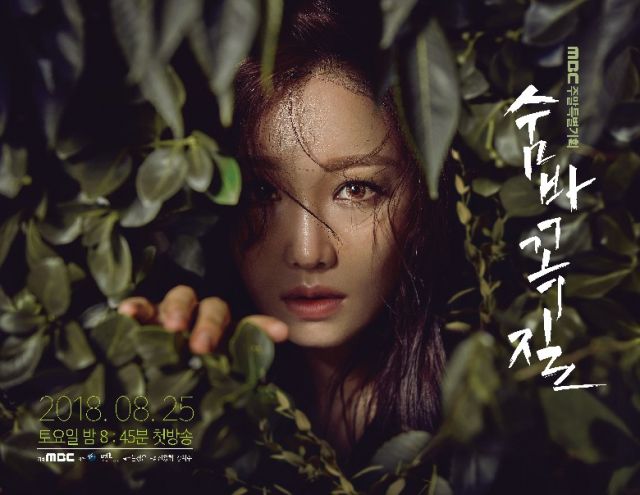 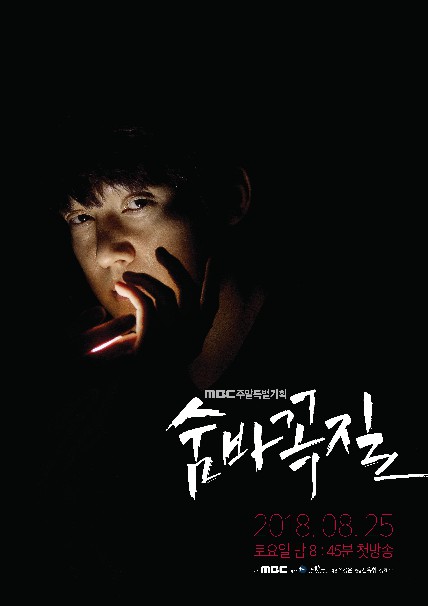