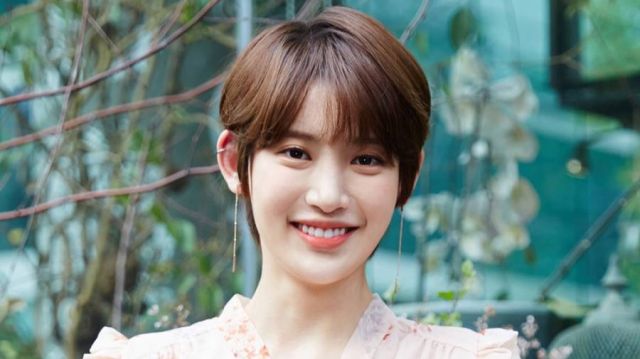 I always take exclusive news or any news found on only one Korean entertainment news site with a huge block of salt, but if the news is solid, actress Hong Seo-young has joined "Children of a Lesser God" as the Cheon Jae-in's (Kang Ji-hwan) younger sister. It looks like our genius detective is not some lone wolf after all.

I've been wondering if our hero would be as socially shunned in life as he is in the workplace, but I like the prospect of him having someone he can be more relaxed and perhaps less obnoxious around. Perhaps his sister escapes his gloating over his magnificent brain. As far as I know, our heroine only has her father, so I'm interested in seeing how Dan (Kim Ok-vin) and Jae-in's lives differ. Or perhaps they're not as different as we would expect.

Actress Hong Seo-young is a rookie musical actress, and her only drama credits are "The Liar and His Lover" and "Drama Special - Bad Families", so she's an entirely new face for me. I don't know what to expect from her acting or character here, but I'll be keeping you up to date with more information when it gets wider news coverage.

"[Orion's Daily Ramblings] Hong Seo-young up for "Children of a Lesser God""
by HanCinema is licensed under a Creative Commons Attribution-Share Alike 3.0 Unported License.