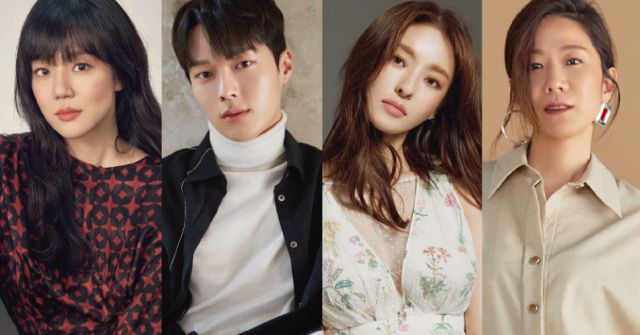 Lim Soo-jung recently confirmed Bae Ta-mi, the head of the industry's leading web portal. Ta-mi is a woman who loves to win, and is good at it. However, she constantly restricts and censors herself, trying to balance between winning and ethics. At some point, the victories gained through rule breaking lose their appeal. That is when Park Morgan enters her work-over-dating life.

Jang Ki-yong has accepted the previously offered role of Park Morgan, a genius composer and the CEO of a videogame music company. The young man returned to Korea after attending high school in Australia, and the struggles of life have matured him more than your average person in their 20s. He meets Ta-mi when he is defeated by her in a game, and becomes smitten with her winning spirit.

Lee Da-hee plays Cha Hyeon, the head of the second leading web portal in the industry. Hyeon is a judo athlete who also likes jujitsu, anger release rooms, and morning makjang dramas. I love her already. On the minus side, she has anger management issues, and the physical skills and strength to cause problems when rage takes over. Following many a speedy break up with men who cheated on her, she abandons the dating game altogether.

Jeon Hye-jin-II plays Song Ga-kyeong, the corporate director of Ta-mi's web portal company. What is currently her word in the company will soon be controlled by KU Group, a leading corporation whose son, Oh  Jin-woo (Ji Seung-hyun), is Ga-kyeong's husband. Jin-woo lives with his partner, as he and Ga-kyeong have a marriage of interest, and no involvement in each other's personal lives.

This cast is looking lovely, and if the story can really nail the challenges and successes of career-focused women without the stigmatization of them, or those who choose to be homemakers, we might just be in for a real treat.