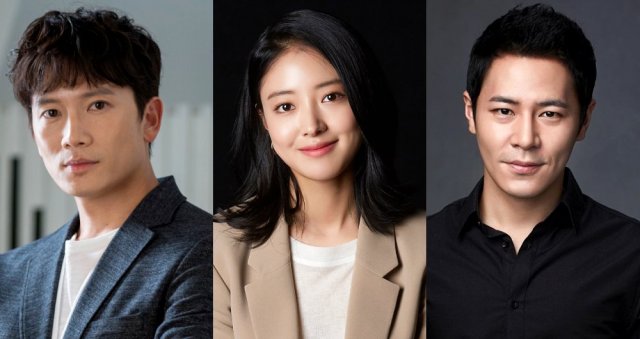 As saturated as we may be on doctors lately, this cast gives me pause, mainly to admire it and get excited over the potential. Ji Sung, Lee Se-young and Lee Kyu-hyung have accepted their previously offered roles for "Doctor John", a series revolving around doctors of Pain Management.

Ji Sung ("Fengshui", "Familiar Wife", "Defendant") plays genius doctor Cha Yo-han. Yo-han has been nicknamed '10 Seconds', due to his ability to determine the patient's affliction within that time. He is the youngest professor of Anesthesiology and Pain Medicine, and an all around promising doctor.

Lee Se-young ("The Crowned Clown", "A Korean Odyssey", "Nothing to Lose") is Kang Si-yeong, a resident of Anesthesiology and Pain Medicine. Si-yeong is the eldest daughter of a family that has produced doctors for generations, her father being the chairman of Hanse Hospital, which is the drama's setting. This excellent student turned into a doctor with the skills and empathy to listen to her patients.

Lee Kyu-hyung ("Life", "Prison Playbook", "Secret Forest") is Son Seok-gi, a prosecutor at the Seoul Southern District Prosecutors' Office. As a prosecutor for the Republic of Korea whose highest goal is the realization of justice, he is a man of principle who makes no compromises and no exceptions in the face of the law.

"Doctor John" is helmed by PD Jo Soo-won ("Thirty But Seventeen", "Pinocchio", "I Hear Your Voice") and penned by Kim Ji-woon-II ("Hyde, Jekyll and I", "Cheongdam-dong Alice"). My own experience with the latest of the writer's works was painful, so I'm going to hope it was an unlucky fluke for now. "Doctor John" will premiere on SBS in July.