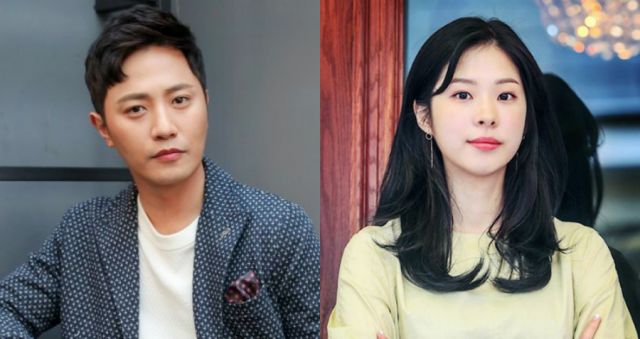 Jin Goo and Seo Eun-soo might have an on-screen meet-up soon, as the two are being courted for jTBC's upcoming adaptation of "Legal High". Following a news piece confirming the casting, the channel had to step in and clarify that it's not a done deal, but that the offer has, in fact, gone out.

"Legal High" is based on the popular Japanese drama of the same name, which ran for 2 seasons, and included 2 specials. It is a legal comedy about a caustic, money-loving lawyer who will do anything to win, and a passionate rookie lawyer with a strong sense of justice. The drama will be written by Park Seong-jin-I of "Miss Mammamia" and "Detectives in Trouble", and helmed by PD Kim Jeong-hyeon-I of works like "Mrs. Cop 2" and "Gu Family Book".

Seo Eun-soo's agency may have pulled the reins on the confirmation, but they did say that the actress is positively considering the offer. I don't know much about the original past what trailers I have seen, and while I've experienced too little of Seo Eun-soo to have an opinion on her offer, I can't say I see Jin Goo as what looks like a really comedic, animated and unhinged character.

As always, when it comes to remakes, I hope that the creators and cast can carry the original's fame while tackling the adaptation's own needs. Since the casting offer cat is out of the bag, we'll probably have answers from both actors soon enough. "Legal High" will premiere in the first half of next year.