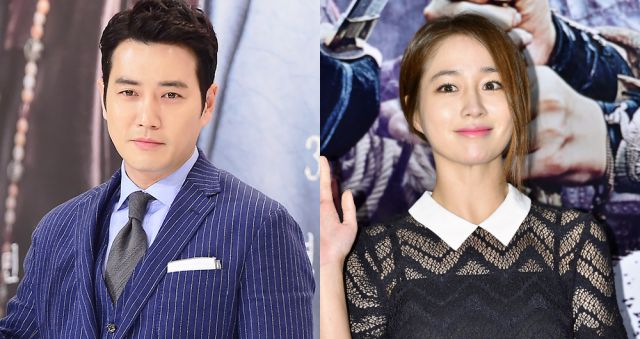 We have a "Sly and Single Again" reunion on our hands, as Lee Min-jung has accepted the role offered for upcoming melodrama "Fates and Furies", which has also cast Joo Sang-wook as its hero. It's definitely good for a production to have a duo that has already built rapport, so the two will hopefully bring that experience with them.

"Fates and Furies" is reported as a realistic and intense melodrama about four young men and women living in 2018, and the harsh reality of a desperate love between them, as they fall into a trap they cannot escape from, created by their fateful love mixed with fury. Wow, they couldn't possibly make this sound more dramatic without involving death or terminal illness.

The drama will be produced by the same company as "Lovers in Paris", "Temptation of Wife", "Glory of the Family" and more, while PD Jeong Dong-yoon has also signed on. "Fates and Furies" is a weekend drama, and it will reportedly be 20 episodes long. It will be airing in November, on SBS. Prepare for copious amounts of angst.