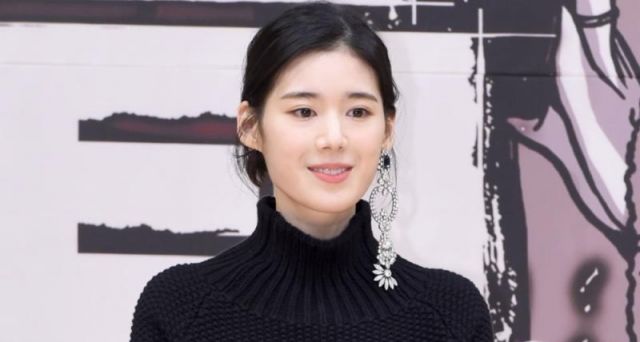 I choose to suffer temporary amnesia over the fact that "The Guest - Drama" is by the writers of "Entourage", because the upcoming exorcism drama has its leading lady, and I'm very happy with her. Jung Eun-chae (recently seen in "Return") has been confirmed as one of the three leads, taking on the role of a tough detective.

The actress will reportedly be playing Kang Gil-yeong, a stoic homicide detective with a firm character. Gil-yeong has the demeanor of an ajeossi, or middle-aged man, and she's described as a weirdo who scares her male colleagues. Although she is considered weird, she sometimes reveals a more charming character full of warmth and charisma. Along with her co-protagonists, Yoon Hwa-pyeong and Choi  Yoon, she becomes involved in a case about exorcism.

The drama is still courting Kim Dong-wook and Kim Jae-wook respectively for the aforementioned male lead roles, and it's also planning to be the first OCN drama to air on Wednesday and Thursday. It is scheduled for a release in the second half of the year, with one piece I found stating the month as September, and it's also considering a late night (23:00 KST) time slot, although this has not been decided yet.

I sure hope it becomes a late night drama, because live ratings aren't the only kind of viewing anymore, and a later time slot will mean more freedom in terms of mature content. As for the leads, I hope everyone accepts, because they are enjoyable underdogs who have star charisma without the baggage of stardom. Can this please be great? Just a little bit great? Please and thank you, "The Guest - Drama".

"[Orion's Daily Ramblings] Jung Eun-chae Is the Heroine of OCN's "The Guest - Drama""
by HanCinema is licensed under a Creative Commons Attribution-Share Alike 3.0 Unported License.