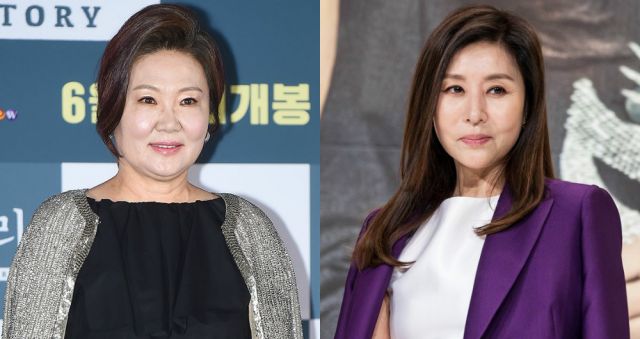 We got some exciting news gracing Korean portals, as actors Kim Hae-sook and Choi Myung-gil have been offered starring roles in upcoming KBS 2TV weekend drama "Mother of Mine". There's really no way you can go wrong with these two, and I hope that they accept their offers soon.

The series is about mothers and daughters in modern day Korean society, and it will follow "My Only One" in March. The production has reached out to Kim Hae-sook for the role of a mother with three daughters, while Choi Myung-gil has been offered the role of the second daughter's biological mother. So we have a complex family here, and no doubt a lot of baggage to navigate.

I only know about the current plot of the drama it will be replacing, "My Only One", through my mother's current viewing of it, and it sounds quite soapy. I hope its successor can tackle things as entertainingly, if not realistically, but I'll probably sit this one out. Regardless, it's definitely in good hands with these two great actors.