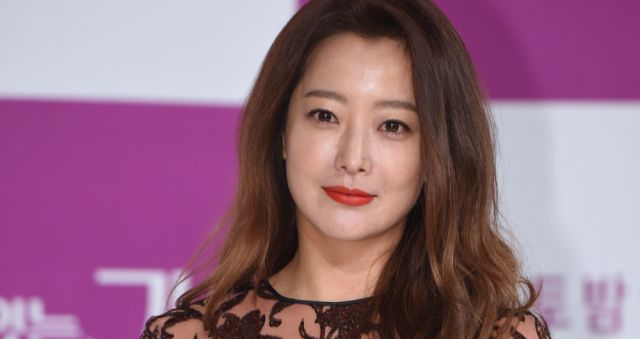 What is this influx of woman-centric dramas, and where do I sign up for more? Actress Kim Hee-sun has been offered one with a rather interesting body swapping premise, and it's all quite dramatic. The actress is considering a lead in "Room No.9"; the story of a lawyer and a death row inmate who switch souls.

I'm not sure how this work, given that the lawyer is a 35-year-old and the inmate 55, and that actress Kim Hee-sun is reportedly up to play both roles. Does this mean that the two women look identical? Quite the coincidence right there. It is definitely easy in terms of star focus and budget, but I do hope we get another equally solid actress for either role. We're kind of drowning in double-role dramas as is.

"Room No.9" does have its writer and PD in Jeong Seong-hee and Ji Yeong-soo respectively, however. Jeong Seong-hee has worked on dramas such as "The Merchant: Gaekju 2015" and "Princess Ja Myung Go", while PD Ji Yeong-soo is behind "Falling For Innocence" and "Big Man", among others.

This sounds like a work with solid potential, so I hope that it does happen, and that we get a fine cast and a thrilling story out of it. If tvN decides to greenlight it, "Room No.9" is looking at a September release. I'll revisit this when we have more news.