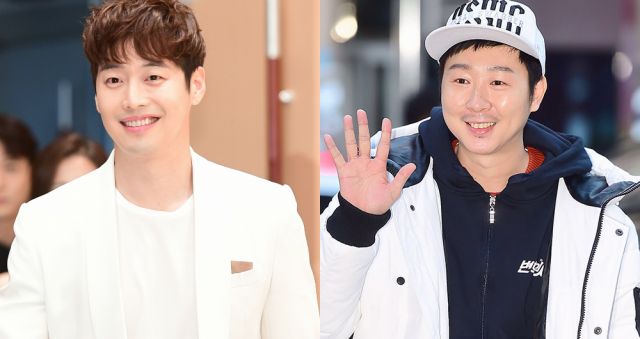 Actors Kim Jae-won and Kim Ki-doo have finally joined hands with "God's Quiz: Reboot", and will be joining the old crew as new members. Kim Jae-won's character sounds too nice to be so, while Kim Ki-doo sounds like a major tsundere. We love a good tsundere.

Kim Jae-won will play Hyeon Sang-pil, an easy-going, free-spirited man. He's someone with impressive charisma, and he clashes with Han Jin-woo (Ryu Deok-hwan). I'm not sure what his position in the agency is, if any, but I'm sure that he sounds way too nice and secondary, which is odd for a big name such as Kim Jae-won. My villain alarms are blaring.

Kim Ki-doo plays Nam Sang-bok, a member assigned to Kang Kyeong-hee's (Yoon Joo-hee) special investigations team, following his transfer from the crime lab. Despite his inferiority complex born of certain circumstances, he acknowledges Kyeong-hee's skills and righteousness, and will reportedly be someone who grows on viewers in time.

I hope that they both get nice characters, and that the supporting cast will be meatier this time around. I love Ryu Deok-hwan and his Han Jin-woo, but the constant changing of main cast members, and the forgettable supporting characters are definitely weaknesses I wish they'd address. "God's Quiz: Reboot" will follow "The Guest - Drama" on OCN in November.