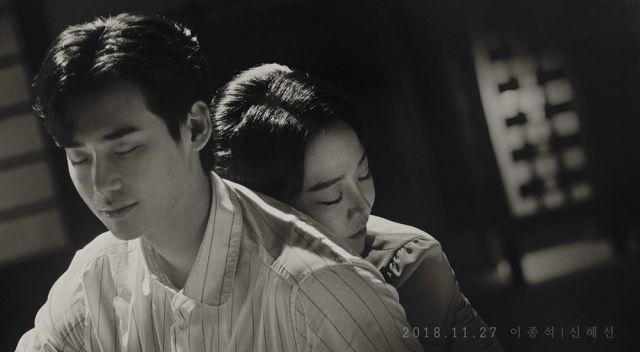 We have release dates, and two beautiful posters for upcoming three-act drama "Hymn of Death". The short is a remake of 1991 film "Death Song", both depicting the real, tragic romance between Korea's first notable soprano, Yoon Sim-deok, and her playwright lover, Kim Woo-jin. The film and the drama carry the title of Yoon Sim-deok's iconic song.

The posters are simple, but a simple idea can be very effective. One places the tragic couple, portrayed by Shin Hye-sun and Lee Jong-suk, facing away from each other in what feels like a beautiful pencil and coal double portrait. The other is almost like an old movie poster, showing the two during a quiet moment of romantic bliss. The text reads 'The last song sung at the end of life'.

Those who know their story also know that there is no happy ending here, as the two died in a double suicide, by jumping off the ship on their way back to Korea. He was a married man, she was someone whose talent was not appreciated during her time. Get the tissues ready for this one. The drama will air 3 episodes, on November 27th, and on December 3rd and 4th. 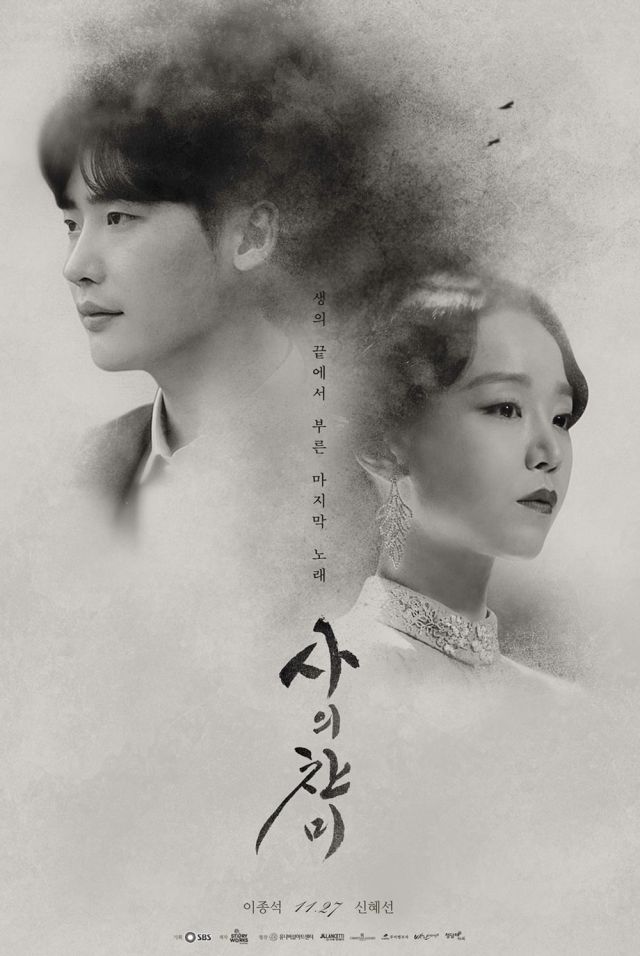 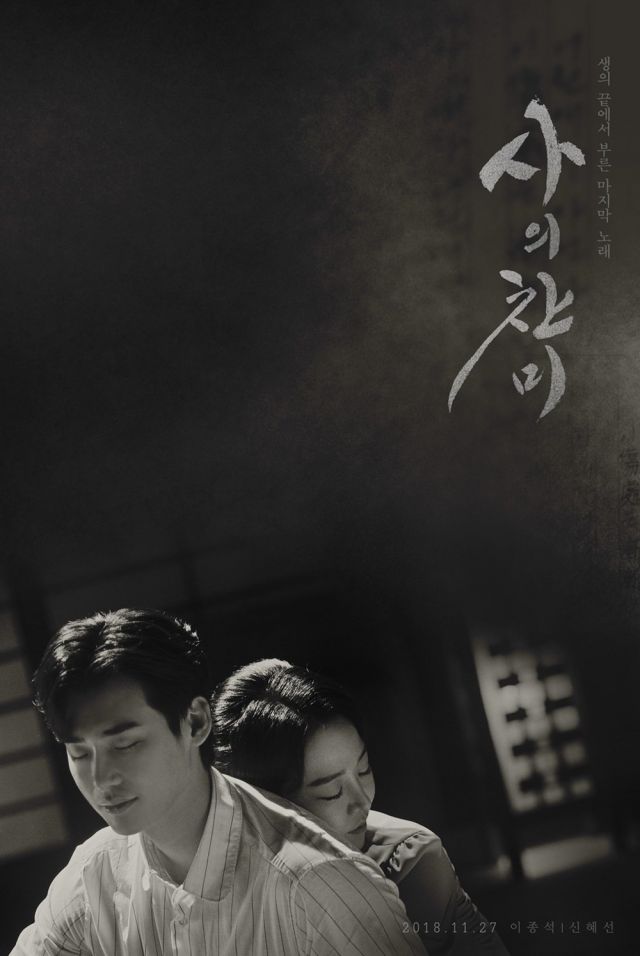