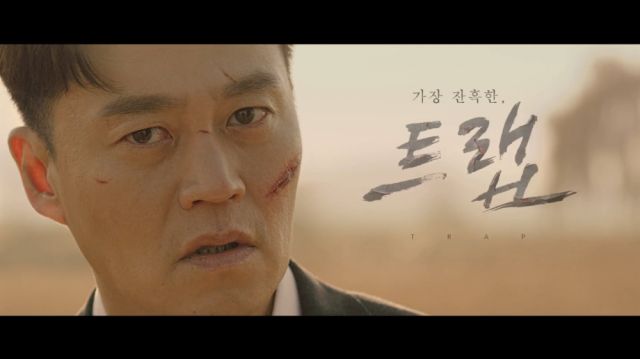 "Trap - Drama" brings injury, and then insult to injury, as protagonist Kang Woo-hyeon (Lee Seo-jin) has to suffer loss and entrapment on top of it. The latest character teaser by the series starts with the saddest news story of all time, where the victim doesn't know it's his own.

In the video, Woo-hyeon is at his post and sharing the news, reporting "A fire believed to be the result of arson broke out at a mountain cottage in the Gangwon Province last night. The police have found traces of three family members who were presumably guests. The victims were later revealed to be the family of famous broadcaster A, leaving the public with great feelings of grief".

Flashing images make it clear that the family is very likely his. I wonder if this news broadcast is a concept video, or if it actually happens to him. It would be quite the scene if he were to live-cover his own tragedy. The video ends with our worn hero saying "I was hunted". Said hunting is the premise of "Trap - Drama", which follows Woo-hyeon's trajectory from beloved journalist and anchorman to someone's tragic prey, or perhaps pawn.

The series is the first installment in OCN's 'Dramatic Cinema', a 2019 project where the production quality of films joins the storytelling of dramas, and where a mixed crew will try to deliver the best of both worlds. The series premieres on February 9th.