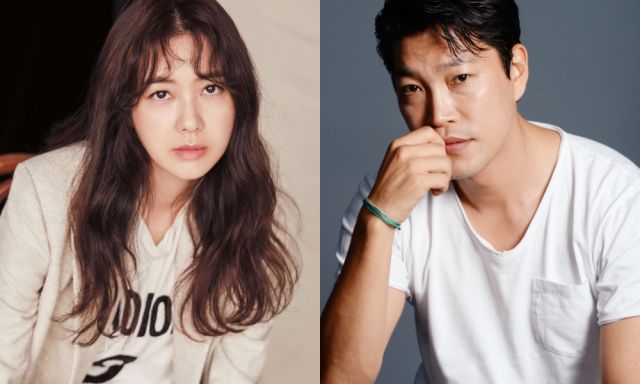 OCN is taking a break from the usual violent crimes, and turns to something more insidious with upcoming drama "The Running Mates: Human Rights". The series is courting Lee Yo-won and Choi Gwi-hwa to lead this story about human rights violations. The cast is very exciting, and it can count me in to keep an eye on it with this premise.

"The Running Mates: Human Rights" will shed light on the lives of those who have their human rights infringed upon from the perspective of an inspector for the Human Rights Commission, who has neither the right to open a criminal investigation nor prosecute. They will take on the most serious cases in terms of severity and controversy, such as the abuse of power in public organizations and institutions.

The news includes character descriptions, but bear in mind that these come from the piece which falsely confirmed the two actors for their respective roles. Lee Yo-won has been offered the role of the heroine, Han Yoon-seo. Yoon-seo is someone who hates crossing the line, be it in her private or social life. She is someone who investigates based on the hard facts, adhering to her principles for neutrality and levelheadedness, even if they are misunderstood as lack of empathy.

Choi Gwi-hwa's is up for Kang Ho-joon, a prosecutor dispatched to the General Investigation department of the Human Rights Promotion Committee. Ho-joon has great concentration powers, and he believes that the body is what moves the mind. While he is more intelligent than this act-first-think-later mindset would betray, he is prone to missing things due to thinking and acting quickly, making the meticulous Yoon-seo an ideal partner.

Lee Yo-won is a great veteran of this industry, and Choi Gwi-hwa is a beloved scene stealer I fell in role-love with ever since "Incomplete Life", so knowing that both are reviewing their offers in a positive light makes me extremely happy. "The Running Mates: Human Rights" will be penned by writer Baek Jung-chul, and helmed by PD Kim Yong-soo-I ("Drama Special - White Christmas", "The Equator Man", "Masked Prosecutor"). It will premiere in the second half of the year.