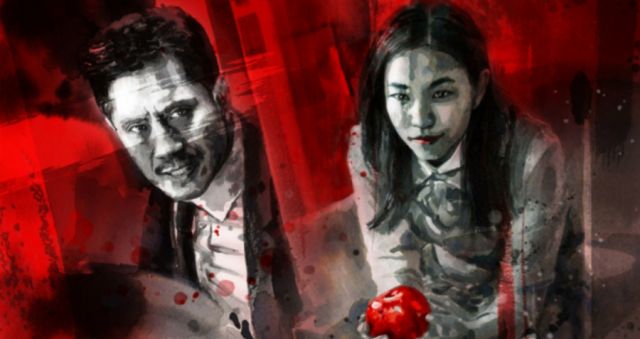 The production of "Less Than Evil" showcased its storyboard-style character concept art last week, and now we get to see it applied on the drama's first teaser. The stylish video looks like it could double as opening credits with some modifications, so let's hope there's more to this series than style.

The comic style approach is nothing new, but it definitely fits a drama like "Less Than Evil", and it's definitely a more welcome tone than whatever that mascot video was supposed to be. It's also drawing some inspiration from other popular approaches, including the opening credits to BBC's "Luther", the work this is based on.

My biggest worry with such shows is that they sometimes try to bridge the cultural gap without success, and sometimes rely too much on style. I like the cast and concept of "Less Than Evil", but its promotion has been all over the place. Here's hoping the drama has a better idea of what it's going for. "Less Than Evil" premieres on December 3rd on MBC.