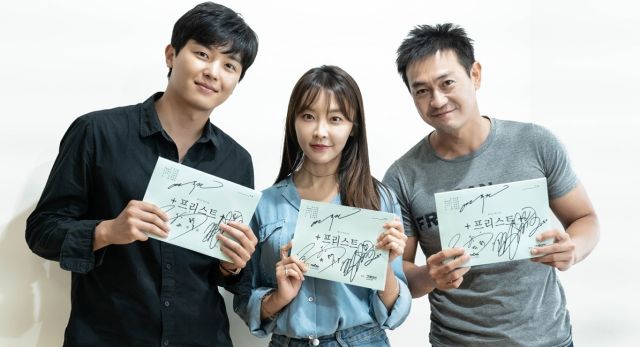 "Priest" wastes no time, and it doesn't have much time to waste, frankly. The series recently confirmed its main cast, and now we get to see them and their fellow members in brand new script reading stills. I see some fun names in here, and I hope we get more character information soon.

"Priest" is a story about doctors and exorcists protecting people together at a Catholic hospital in Seoul. Attending the event were PD and writer, and about 20 cast members including Yeon Woo-jin, Jung Yoo-mi, Park Yong-woo, Moon Sook, Son Jong-hak, Oh Yeon-ah, Yoobi, and Lee Yeong-seok.

The crew present has commented on the scene played at the script reading, saying it had such immersive performances, that they lost track of time. They added that the drama will deliver great acting and an interesting story to audiences. As usual, let's hope that this tooting of one's own horn proves truthful. "Priest" will be following "The Player" in November. 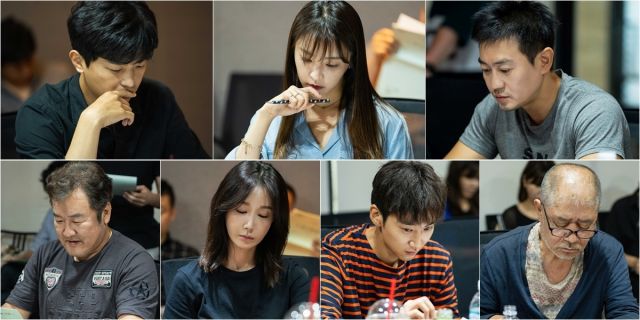