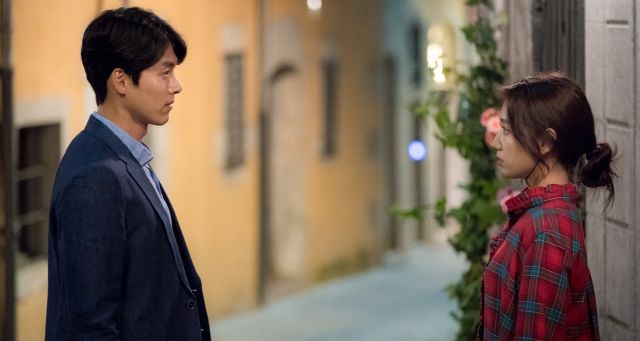 Netflix availability is a formidable beast, but we're lucky with clearer announcements at times, and "Memories of the Alhambra" gets good news coverage on equally solid availability. Many a drama fan will get to enjoy the series through the global platform, and not long after first broadcast, too.

According to recent Korean news pieces, South Korea, other parts of Asia (excluding Japan) and several English-speaking countries will be able to watch the episodes on Netflix just 1 hour after the South Korean television broadcast. Japan will get the episodes twice a week starting on December 2nd, while places like South America and Europe will get 2 episodes every Tuesday starting December 11th.

As Netflix describes it, now that the augmented reality cat is finally out of the bag in the promos, "Memories of the Alhambra" is a story following the events that unfold when, "while looking for the cryptic creator of an innovative augmented-reality game, an investment firm executive meets a woman who runs a hostel in Spain".

The Netflix trailer is a very exciting one, including all the elements we can look forward to. We have action, romance, world-bending through advanced technology, and the mystery of this amazing game with a ghost creator behind it. If writer Song Jae-jeong has improved in terms of maintaining plot consistency and internal rule building, we're in for quite a ride.

"[Orion's Daily Ramblings] "Memories of the Alhambra" Gets Wide Netflix Release"
by HanCinema is licensed under a Creative Commons Attribution-Share Alike 3.0 Unported License.