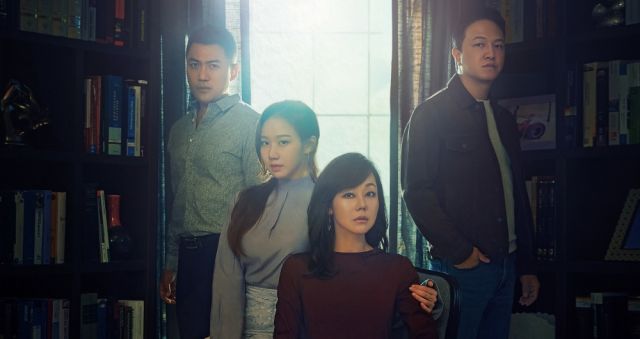 It is time to say hello to "Ms. Ma, Nemesis", as the drama will be premiering this weekend. The series has released elegant character posters, along with a similarly themed ensemble one. The images are packed with information on what we can expect from the drama and its protagonists.

We start off with the titular Ms. Ma (Kim Yunjin), whose poster reads "Remember. Human beings are selfish and ugly". She has every reason to feel that, given that she has been framed for the murder of her daughter, and that she will be solving other people's grievances, constantly exposing herself to humanity's ugly side. The disarray in her poster, along with the red thread are very telling of her life.

Out to get our heroine is detective Han Tae-gyoo (Jung Woong-in), who looks like he is carefully going up a flight of stairs, ready to report a sighting of his suspect. His tenacious nature and determination can be felt through his words, which read "I have always been watching you". Let's hope that the doubts he will reportedly be feeling about the case will make him an eventual ally. 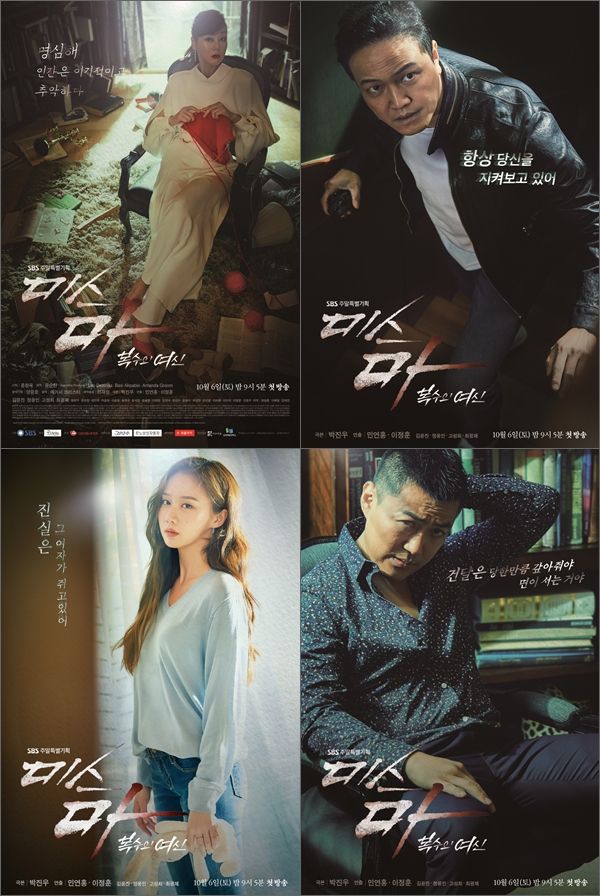 Then we have our tragic Seo Eun-ji, who must work with, and harbor a fugitive in order to find out what happened to her younger sister. She knows that Ms. Ma's case is somehow connected, and lets us know "That woman is the one holding the truth". Her poster may be as visually simple at Tae-gyoo's, but her holding what is presumably her sister's toy drives her despair home.

Last, but not least, we have Go Mal-goo (Choi Kwang-jae). Originally reported as calling himself Ms. Ma's guardian, the man has a serious look to him in his character poster. His words read "A thug can only save face by paying back what he gets". The man sounds involved, so I look forward to his development throughout this story.

The main poster for the drama calls it an 'Agatha Christie Original Human Thriller', so I hope it will live up to the significance of that description. The drama will be airing every weekend at 21:05 KST, on SBS. 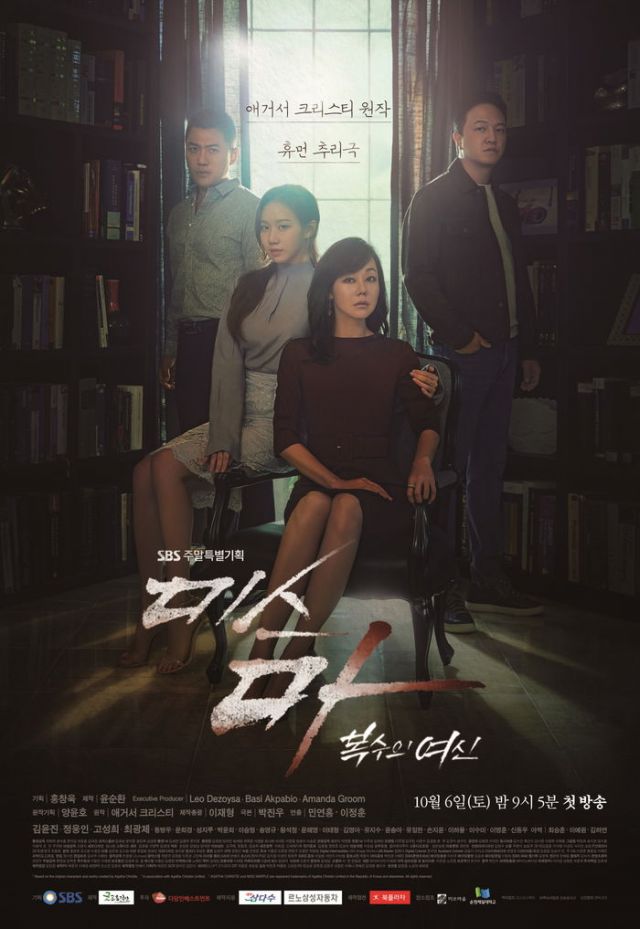