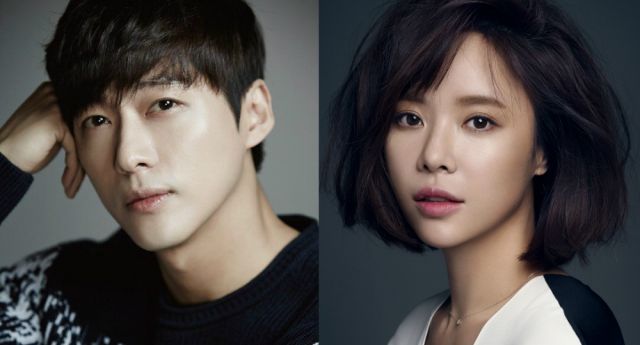 We finally have the double confirmation from Namgoong Min and Hwang Jung-eum for the cheekily titled "The Undateables", which gives us quite the exciting duo to work with. The two will be leading this series full of disappointment in, and eventually the rediscovery of love.

Namgoong Min plays Kang Hoon-nam, an "anti-romanticist" who refuses to have a relationship. Namgoong Min says that he was attracted to this romance shunning love theorist role, while he hopes that viewers will look forward to a side of the actor they have never seen before.

Hwang Jung-eum plays Jung-eum, a romanticist who dreamed of love and marriage, but had to give up in the face of a harsher reality. Jung-eum is a former diving athlete turned relationship counselor, so I expect that she channels her want for a relationship into helping others with theirs. The actress has stated that she finds this to be a very heartwarming story, and that she can't wait to share it with viewers.

This sounds like an uplifting, romantic comedy style show, although both characters seem to have a past filled with relationship woes, so I expect some tears as well. As this is a reunion between Namgoong Min and Hwang Jung-eum, who worked together in 2011 drama "Can You Hear my Heart", I expect the chemistry to be solid, at least.

"The Undateables" is written by Lee Jae-yoon-IV and directed by Kim  Yoo-jin. I can't find information on which Kim  Yoo-jin we are talking about here, but we'll know in good time. The drama will be airing on SBS in May.