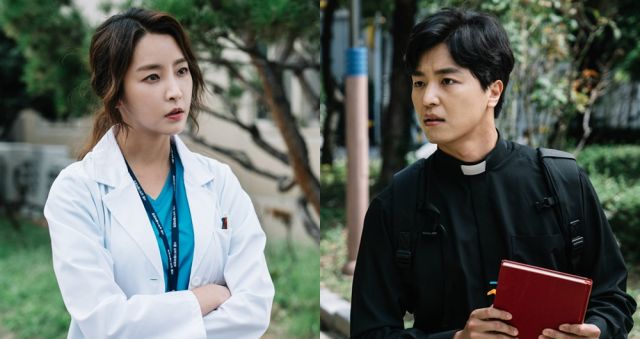 Science and religion clash in OCN's upcoming medical exorcism drama, "Priest", and so do their representatives. Yeon Woo-jin's priest and Jung Yoo-mi's doctor will have a lot to process as their worlds come together in a Catholic hospital about to witness a spike in creepy patients. The drama has released its first stills of the two leads.

I can already tell the bickering will be strong in this one, because the stills themselves look like a snapshot before a big fight. Jung Yoo-mi's Ham Eun-ho has her arms crossed, and doesn't seem all too happy to see Yeon Woo-jin's Oh Soo-min, who looks like he got lost on his way to priest camp. Maybe he carries his tools of the trade more casually than "The Guest - Drama"'s Matteo (Kim Jae-wook).

Since the floodgates opened with "Save Me" last year, I hope OCN will tackle religious themes in different ways. According to the news attached to the stills, the production has stated that everything from the directing to the special effects of "Priest" aims to surpass film quality. Let's hope that "Priest" will find its own unique charm. The drama premieres in November. 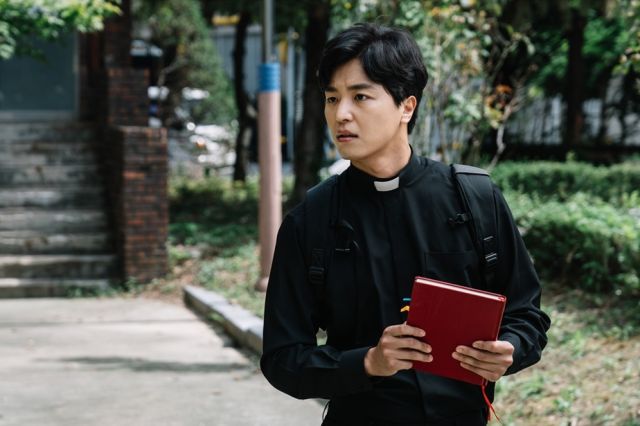 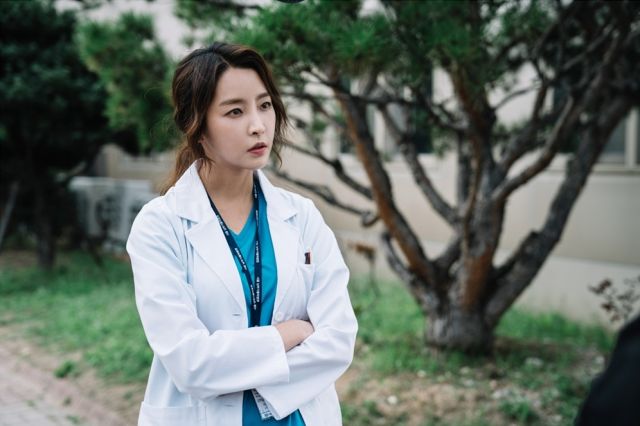