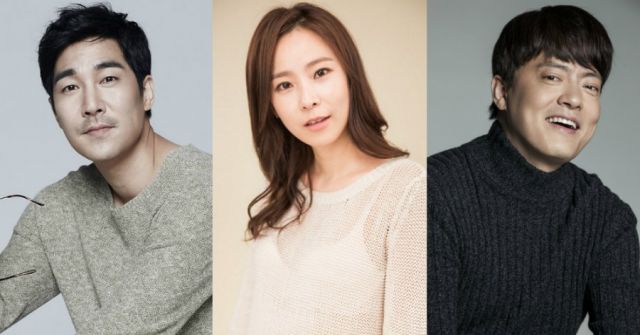 The spin-off film based on popular OCN drama "Bad Guys", "The Bad Guys: Reign of Chaos", is coming along nicely, and there have been some casting additions since the main new and old characters were announced. We have three supporting cast members, as well as the fine news that writer Han Jeong-hoon is on board.

Park Sang-wook's agency has confirmed his participation in the film, and the actor will be playing a character named Kim Chang-ik. We have even less information on Han Jung-hyun for now, but she's also part of the new cast of characters. It's a shame to see so few from the old gang back, but the new additions will hopefully be as fun.

We do get a little bit more on fresh Dramaland favorite Kim Hyung-mook, however. His character is the deputy director of the Seoul Metropolitan Police Agency, Uhm Jeong-han. Jeong-han is the youngest person to have a 100% arrest rate, and he is one of the fastest in terms of earning promotions.

The three actors are joining Kim Sang-joong, Ma Dong-seok, Kim Ye-won, Kim Ah-joong and Jang Ki-yong in this adventure, which follows the new activities of Oh Goo-tak (Kim Sang-joong). Han Jeong-hoon and director Son Yong-ho will reportedly be working on the synergy between the existing and new characters, so I hope that "The Bad Guys: Reign of Chaos" will be a worthy addition to the franchise. The film will be released next year.