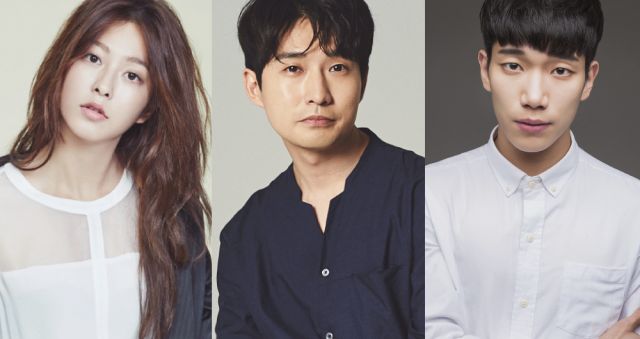 "Special Labor Inspector, Mr. Jo" has been casting hard these last few days, and its confirmed additions so far are Park Se-young, Ryu Deok-hwan, and Kim Kyung-nam-II. The drama is about the titular former judo champion and PE teacher trying to live quietly as a labor inspector, but coming across, and eventually fighting the injustice he witnesses at his job.

Park Se-young has confirmed her role as Joo  Mi-ran, Jo Jin-gap's (Kim Dong-wook) ex-wife and a detective. The two met as judo athletes, and while Mi-ran married Jin-gap for his righteous personality, that eventually became the reason for their divorce. The two remain in good terms as they raise their child together, and they get involved in one of Jin-gap's cases.

Ryu Deok-hwan plays Woo Do-ha, the ace lawyer of the legal department at Myeongseong Group, which will be targeted by Jin-gap. Although he is an intelligent and ambitious person with great qualifications and skills, Do-ha has a complex about being the child of a single parent. While he was once Jin-gap's pupil, the two will be reunited on opposite sides, continuing their unconventional connection.

Kim Kyung-nam-II plays Cheon Deok-goo, another former pupil of Jin-gap. The two reunite after 10 years, and Deok-goo becomes Jin-gap's charismatic and loyal undercover helper, who bravely dives into the investigations without questioning Jin-gap's judgement. I love this cast, love the "Faith" reunion of Park Se-young and Ryu Deok-hwan, and I'm all ready for "Special Labor Inspector, Mr. Jo", which will premiere on MBC this spring.