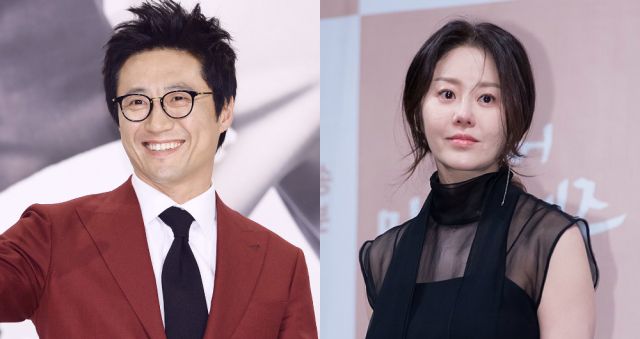 According to several news reports, a KBS official has confirmed the participation of Park Shin-yang and Go Hyun-jung in "Neighborhood Lawyer Jo Deul-ho 2: Crime and Punishment". Our already confirmed hero is joined by our villain, and we also get more information on the drama's premise and the two characters.

Park Shin-yang returns as the titular Jo Deul-ho, a prosecutor turned lawyer, who is currently unemployed. He can't buy a break, can he? After a legal battle with a large law firm, and the conspiracy formed against him, he spends a short time in custody, and has his lawyer's license revoked. After a fruitless effort to clear his name once he leaves the detention center, he decides to give up on the law, which brings him some welcome peace of mind.

Go Hyun-jung's role may seem like an ordinary vendor pushing her cart at Busan's Jagalchi Market, but she is actually a woman named Im Jeong-hee, who has disguised herself for revenge. No one at the market knows of her past, which is why she gets along with them while hiding her cold-hearted, true character. It looks like our hero won't get to enjoy his retirement for long.

The second season of "Neighborhood Lawyer Jo Deul-ho" will be produced by Han Sang-woo ("The Equator Man", "Tomorrow's Cantabile", "Black Knight"). I'm not sure what to expect of him, and I don't see writer Lee Hyang-hee mentioned in my searches, so I'm not going to party just yet. "Neighborhood Lawyer Jo Deul-ho 2: Crime and Punishment" will begin its run in January.