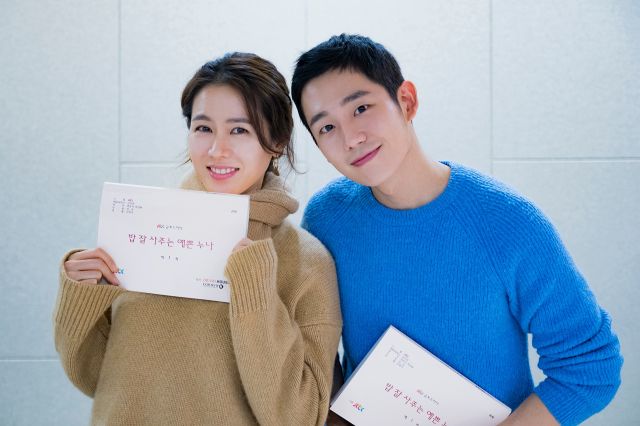 I haven't really pictured the main pairing of "Pretty Sister Who Buys Me Food" together, but the new script reading stills reveal a sight so cute even I wasn't prepared for it. Son Ye-jin and Jung Hae-in look lovely together, while the series has been adding onto its cast with some familiar Ahn Pan-seok favorites and more.

Park Hyuk-kwon plays Nam Ho-gyeon, the sales director for the team the heroine works in. Nam is incompetent and inept, with zero sense of responsibility. Seo Jung-yeon plays Jeong Yeong-in, the director of the event management team. She appears meticulous and principled, but she has quite the mouth on her. Jung Yoo-jin plays Kang Se-yeong, a general store manager like heroine Jin-ah (Son Ye-jin). Se-yeong is intelligent with a sophisticated appearance, but she is also very perceptive and quite popular. 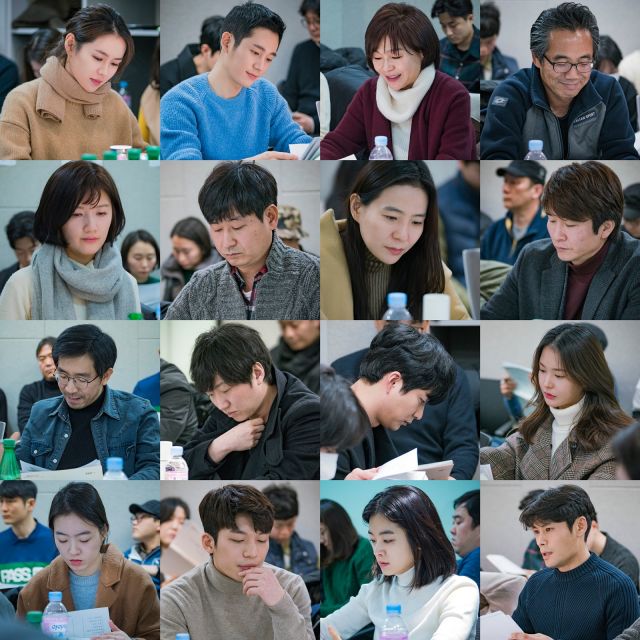 Lee Joo-young and Jang Won-hyung play Lee Ye-eun and Kim Dong-woo, respectively. They are Jin-ah's juniors at work. Ye-eun is called Jin-ah's kid and follows her around like a little sister, trying to learn from the woman she sees as her role model. Dong-woo is clumsy and obtuse. He turns a blind eye to everything in order to advance in the work place. Yun Jong-seok plays Kim Seung-chul, a man with a bright personality who desperately wants to get closer with Se-yeong.