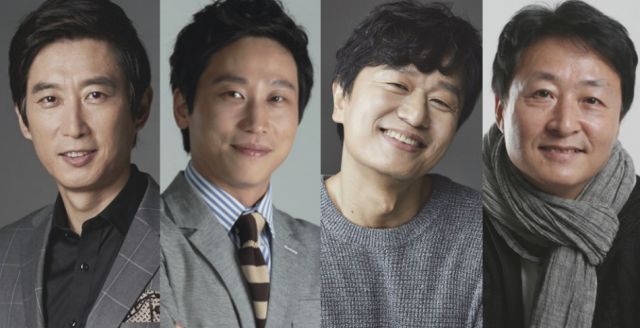 A cast after my own heart. After confirming Kim Tae-woo as Wan-seung's brother, "Queen of Mystery Season 2" decided that we just don't have enough lovely gentlemen for the series and decided to go on an ajeossi casting spree. We're still criminally short on ladies and I ache to see some more favorites from "Queen of Mystery", but I'll just enjoy all of these latest additions and hope for equal greatness on that front.

Kim Won-hae plays the director of the team working with Wan-seung (Kwon Sang-woo) and he is an emotional, die-hard romantic in his 50s. Min Sung-wook is also a member of the same team. He is a unique, stingy character known as the master of frugality and his personality makes him a loner. Park Min-sang-I is team leader Hwang and his character has a close relationship with Inspector Woo (Park Byung-eun). Lastly, Kim Jong-soo plays a chief who is also a loving father.

They sound like a bunch of misfits, for the most part, and I guess this means that they'll fit right in. I hope "Queen of Mystery Season 2" keeps its delightful quirkiness and I look forward to meeting these characters and hopefully reuniting with more from the first season.