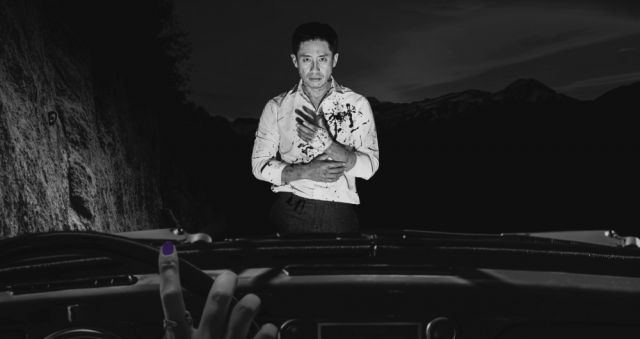 It's time to really dig into the 'Bad' part of "Less Than Evil", as the drama has released teaser posters oozing with deadly charisma and fine Shin Ha-kyun -ness. Antiheroes are a challenging archetype, but if the series pulls this off, we're in for a treat with this lead firmly on the wheel.

The posters aren't exactly a marvel of visual design, but they are effective and stylish. Our lead is definitely not airing the carpets with his fists in the red photo, so the message of his actions is loud and clear. This one comes with the tagline, 'Justice has been defined', which uses the double meaning of the same word in Korean as a nice touch.

The black and white one reeks of being caught red-fisted during a less-than-formal questioning, and is that our femme fatale on the driver's seat? The concept for the scene is really cool, although I'm slightly sad over its boring play on colors. I hope we get more posters for the other characters soon. "Less Than Evil" premieres on December 3rd on MBC. 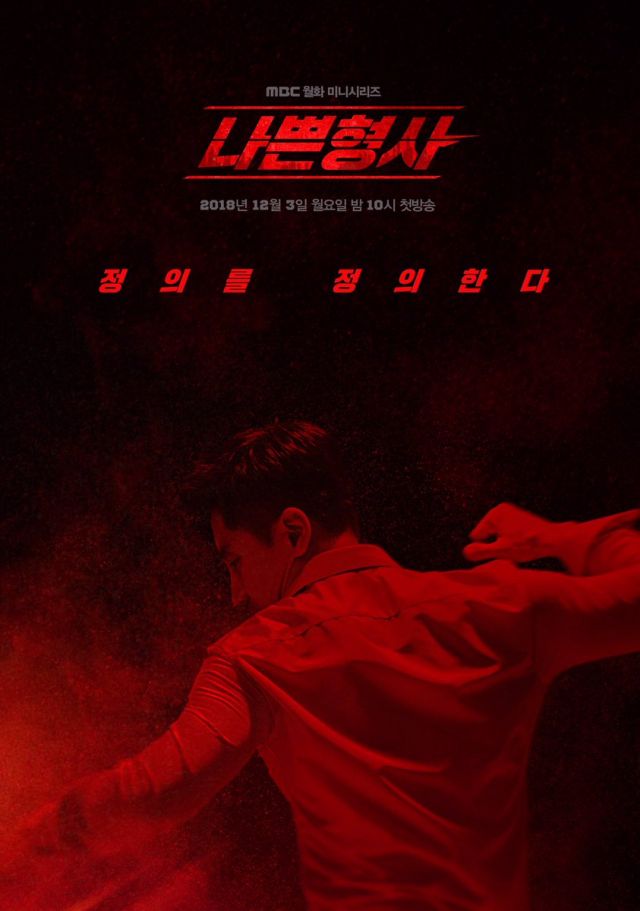 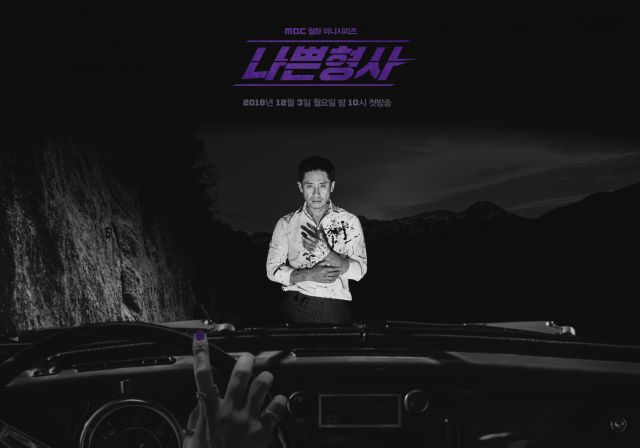